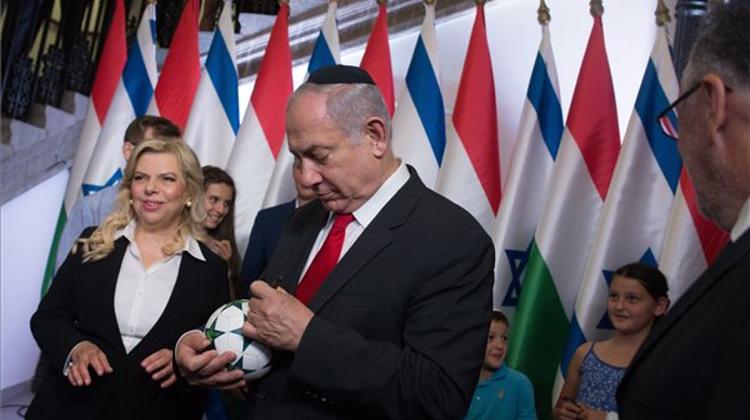 The Israeli Prime Minister is criticised by a left-wing pundit, while his visit is interpreted by a right-wing commentator as convincing proof that the accusations of anti-Semitism levelled against the Hungarian government from time to time are groundless.

In Népszava, Gábor Horváth borrows the title of Neil Simon’s famous play to call the Prime Ministers of Hungary and Israel ‘the odd couple’. Netanyahu, he explains, needs a partner within the European Union who might dampen the sharply critical attitude prevailing there regarding Israel’s settlement programs on the West Bank, while his Hungarian counterpart needs an Israeli Prime Minister who ‘keeps silent about anti-Semitism in Hungary’.

He believes that the statement by the Israeli ambassador to Budapest criticising the anti-Soros billboard campaign was an expression of genuine Israeli opinion about anti-Semitism in Hungary, while Netanyahu corrected it out of purely political considerations.

Magyar Hírlap ’s Mariann Őry, on the other hand, finds it absurd to suppose that Mr Netanyahu would lend his weight to anti-Semitic practices for any reason whatsoever. She calls the first visit by an Israeli Premier to democratic Hungary an event of historic importance, and suggests that this is precisely why the Left is unhappy about it.

Őry finds it self-evident that criticising Soros is not the same as being anti-Semitic, and thus accusations of anti-Semitism which are aimed at discrediting the incumbent government overwrite all logic. The accusers’ problem, the pro-government commentator argues, is that Netanyahu is too authentic a source to say that critics of Soros should not automatically be considered an anti-Semite – and that he is one of them.