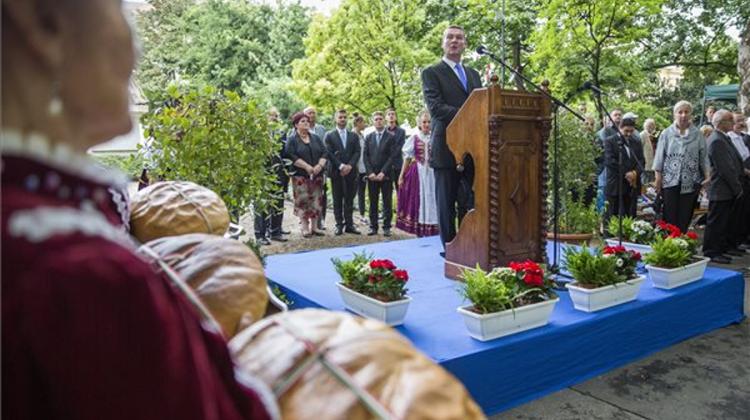 László Botka, the prime ministerial candidate of the opposition Socialists, outlined a new left-wing policy that he said is guided by fairness, at a conference in Szeged, in southern Hungary, on Saturday.

Botka addressed an event dubbed “For a Just Hungary!” which was attended by about hundred leading intellectuals of Hungary’s new Left including sociologists, philosophers and lawyers, as well as former and current leaders of the Socialist Party.

After the event, Botka said he considered it the gravest problem that over the past seven years Fidesz had turned Hungary into a country which operates under an unjust system. Citing surveys, he said that this opinion is shared by 80 percent of Hungarians.

Botka called on the participants as well as “all other democrats” wanting to replace the government to set up a community of “patriotic democrats” promoting their own set of values.

The Socialist PM candidate outlined ten basic principles to guide the left, first of all the need that the well-off should have a bigger share of the public burden as of next year.

Among the basic principles, he underlined that Hungary is a democracy, not an autocratic or dictatorial regime, a full member of the European Union, not a “vassal” of Russia.

Hungary must be turned into a prospering country that keeps its youth at home, he said, adding that making progress in a career had to only be a matter of skills and laborious work rather than family background.

“Wide-spread corruption” must be eradicated by enacting laws that equally apply to all across the board, Botka said.

He said the health care and education systems had to be radically improved using funds that currently are channelled to building sports stadiums and “symbolic giga-projects”.

Botka also called for improving the situation of women in society by giving them a greater deal of respect and equal pay for equal work. He said that a bigger emphasis should be laid on renewable energy so as to protect the environment more effectively.