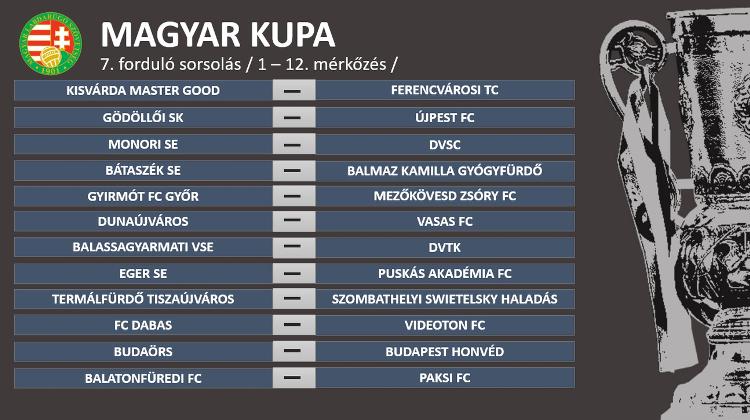 The Hungarian Football Federation (MLSZ) has conducted the draw for the 7th round of the Hungarian Cup, the highlights featuring tough draws for the country's top teams.

Hungary's NB I teams all successfully negotiated the competition's sixth round - and the first at which they enter - last week and thus all entered the draw for the seventh round which still pits the top division teams against lower league opposition and will take place on 25th October.

Hungarian football legend Tibor Nyilasi drew the first teams in each tie with the first one being second-tier leaders Kisvárda, who were drawn to face Ferencváros at home. Other eye-catching ties include Budaörs at home to Honvéd, Dabas against Videoton and Gödöllő versus Újpest FC.

The draw for all the NB I teams can be seen in the photo accompanying this article.