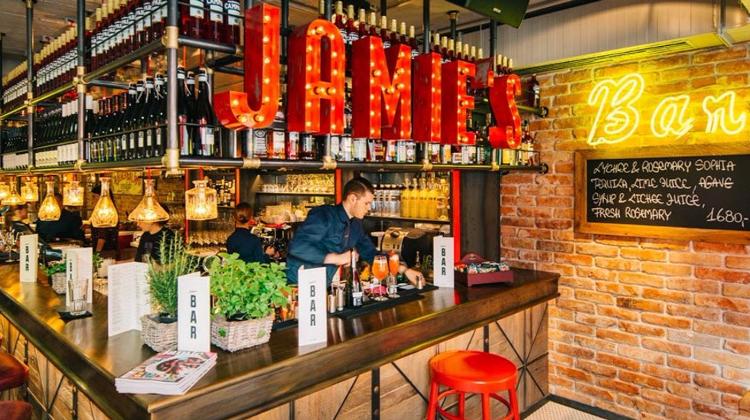 Written by Mr. Yuzu. I’ve been here once before a couple days after they opened and it was pretty good. Not outstanding, but good enough for me to come back a second time. Well… this time it was not so good.

We ordered a Caprese salad and a ruccola (rocket) and parmesan salad for appetizer. They were both tasty. The Caprese, however, had way too much tomatoes compared to the measly amount of mozzarella, and no fresh basil. But it was good, so no real complaints there.

For mains, we ordered a Chicken Primavera and a burger with crispy pancetta. It was crispy for sure but I’m fairly certain it wasn’t pancetta. All pancetta I have ever seen was in a spiral shape… This seemed like regular bacon. It was good but if you promise pancetta than that’s what it should be. The meat was a cooked through despite asking for medium. It tasted good but it was nothing special.

The chicken was as dry as a nun's gusset! It was hard to swallow (that’s what she said). The vegetables were just simply cooked in salt water and put underneath the meat. The texture was good but again, nothing special. I told this to the waiter, he offered to make another one, I thought bring me something else, or dessert and coffee.

He said they have to prepare the chicken at 75 Celsius, that is why it’s that way. Either he was misinformed or said the wrong number. You sous vide things at that temperature perhaps. Your average Finnish sauna is hotter than that. The last time I checked you can’t produce that kind of crispy crust in a sauna. Although I will certainly try now.

I opted for a half portion of truffle risotto. It smelled and tasted great. It was, however, a bit salty for my taste and the rice was undercooked a bit, but it really did taste very good.

I also ordered two cocktails. The first one was an Aperol spritz, pretty hard to mess up. The second one was something else, I don’t remember the name but it was impossibly sweet, I couldn’t drink it.

I was hungry. I read the reviews, I love to wander in Buda Castle, so it sounded good to go there. The place is nice, the staff is also very nice.

Yuzu pretty much said it all about the food. I was a bit disappointed about the chicken but the burger and the risotto were good. I really appreciate that they changed the chicken dish, so it was an okay experience in general.