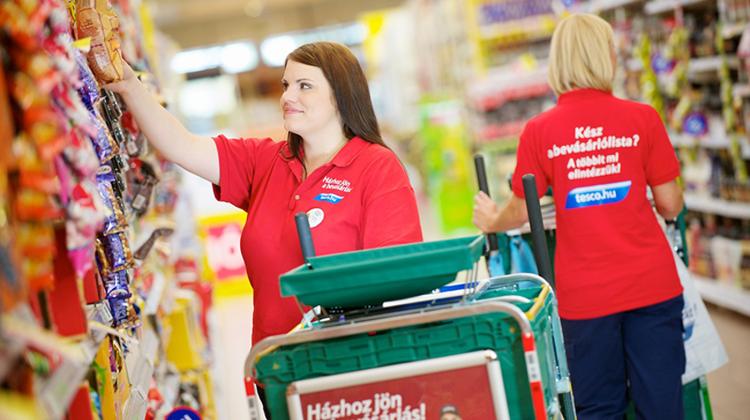 Retail chain Tesco sold a total of 944,556 tons of food in its Hungarian stores in its 2016-2017 financial year, while donating some 29% of its unsold but still edible food surplus to charitable causes, says a report by online business news portal vg.hu.

Of the 19,233 tons of foodstuffs it was unable to sell, Tesco donated 3,421 tons of still consumable items to people in need, while 5,755 tons of food only partly fit for human consumption went to animal shelters. The figures emerged from the first report by Tesco Europe into the fate of surplus and wasted food within the retail chain.

According to combined data from Tesco Europe grouping stores in the Czech Republic, Poland, Slovakia and Hungary, the 2016-2017 financial year saw the chain sell more than 3.32 million tons of food in the four countries, while generating 60,918 tons of surplus and wasted food. Of the surplus at regional level, some 8,143 tons were donated to the needy.

The chain launched its food recovery program in Hungary in 2014, whereby staff at participating stores collect food that is past its sell-by date but still fit for human consumption at the end of each working day, forwarding it to those in need through the Hungarian Food Bank Association and its partner organizations.

By the end of August 2017, Tesco had donated more than 7,841 tons of food under the program, corresponding to approximately 19.6 million meals. The program now operates in 118 of Tescoʼs 206 stores in Hungary, and Tesco aims to have all its stores in the Central European region taking part by 2020.

According to a report by the European Unionʼs 2016 Eurobarometer, the general populace are responsible for 53% of wastage generated in the food chain, while catering outlets and the processing industry waste 31%, producers 11%, and retail outlets only 5%.