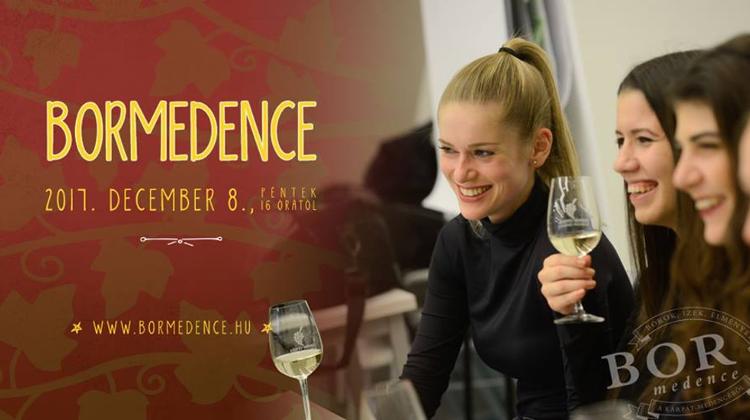 From the organisers: Hungarian wine culture knows no frontiers or limits. This is not only because of its distinguished history and traditions, but also due to Hungarians making wine in eight countries – in Hungary and parts of seven neighbouring countries that once belonged to it. As Bott Frigyes, Hungarian winemaker from the historic ‘Uplands’, now inSlovakia, aptly puts it: “The road to the wider acknowledgement and appreciation of the unique qualities of the Carpathian Basin is being led via Hungarian wines.”

Some 50 exhibitors from all parts of the Carpathian Basin
One entry ticket, ‘all you can taste’ of great wines

The main goal of this borderless wine festival is to introduce the unique and colourful wine culture of the Carpathian Basin, different regions, and mostly its traditional, indigenous grape varieties.

The Carpathian Basin has many very different regions, of which we could introduce most, all of the 6 wine regions of Hungary and plenty other regions in the neighbouring countries. Half of the exhibitors are coming from Hungary, the other half from beyond the borders.

There will also be two masterclasses on ancient Hungarian wine grape varieties, the first is about Furmint, and the other is about an old, almost forgotten variety, called Bakator.

Venue: Italian Cultural Institute, next to Nemzeti Múzeum (National Museum)
Budapest 1088, Bródy Sándor u. 8.
(The site served as the temporary building of the Hungarian House of Deputies from 1866 to 1902)