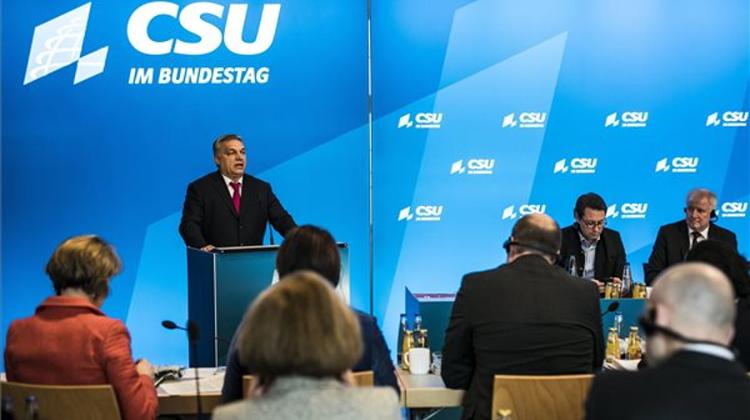 Multiculturalism is an illusion, Prime Minister Viktor Orbán told the German Bild Zeitung in an interview. A large number of Muslim immigrants in Europe will lead to parallel societies, Orbán said. Muslim and Christian societies will never connect, he said. “We [Hungary] do not want this. And we do not want anyone to force it upon us.”

Regarding Hungary’s refusal to comply with a European Court of Justice (ECJ) ruling ordering it to accept nearly 1,300 asylum seekers, Orbán said the ruling pertained to an EU decree which had expired during the procedure, otherwise he would have accepted the ruling. “We observe the rule of law”, he said.

The solution to the problem is not to distribute illegal migrants throughout the EU but to take help where the problems arise, he said.

“The EU is a wonderful project which we are happy to be a part of and in which we will remain a member,” said Orbán.

Asked about the nationwide billboard campaign against US billionaire George Soros, Orbán said that Soros, “who had accumulated his wealth from casino capitalism and who styles himself a head of state without a state”, was also waging a campaign against the Hungarian government.

“This open debate is nothing if not proof of press freedom,” Orbán said, adding that Soros was financing 60 NGOs that support migration to Europe. “But now all this concerns national security and not the freedom of opinion, and I must take action,” he told the paper.

The prime minister was also asked about criticism levelled against him by SPD party leader Martin Schulz and others for participating as guest of honour in the German CSU party’s annual conference over the weekend.

Orbán said that he had always respected Schulz as “a great warrior”. It is however two different things “to be entertaining as a warrior” and “to carry responsibility in shaping a country’s politics”, Orbán said.