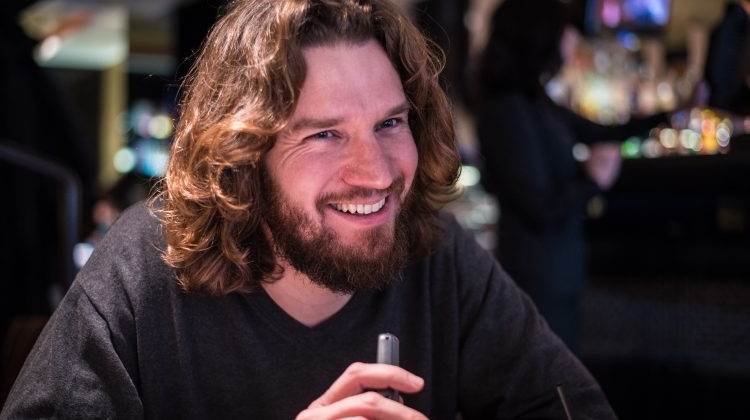 Cryptocurrency will be a decade old this year, and in recent months Bitcoin, as well as cryptocurrencies in general, have become more prevalent in the public realm. However, there are many misconceptions that are being circulated, and the media sensation doesn’t help in giving them an objective introduction.

Hungary Today spoke with Barnabás Debreczeni, one of Hungary’s top experts on cryptocurrencies.

Barnabás’ company is Shinrai, the first Bitcoin ATM and first online Bitcoin exchange in Hungary. He is a member of the board of the Hungarian Bitcoin Association, the chief organizer of Bitcoin Meetup Budapest, and a programmer by trade.

Would you introduce to us, in broad terms, what is a Bitcoin or cryptocoin?

Bitcoin is the first digital currency which has value, and can be transferred to anyone, anywhere in the world. With the help of the Internet, information flows freely, and thanks to the various cryptocurrencies- the first, and most popular being Bitcoin- this is true of valuables (money) as well.

As for its history, “its foundation” was in 2008, and is tied to the publication of a character calling himself Satoshi Nakamoto. However, we don’t know who or what this name is referring to. It may have been a marketing tool, who knows, but in any case, they finalized and maximized the number of “released” Bitcoin to twenty-one million.

Storing cryptocurrency works simply by downloading an application, a “wallet”, on a smartphone, in which it is stored.

We often hear that Bitcoin mining is possible. What does this term cover exactly?

In regards to mining, roughly, what it means is that the more money and energy that is invested, the less will be yielded.

The “miners” are machines on the network, which verify public transactions, authenticate them, and put them in order. Therefore, in return for their ‘work’ they receive newly issued Bitcoins.

The work here is the processor machine’s time, which consumes a lot of power, and therefore -due to increasing competition – is becoming less profitable. The process has long been happening with machines built for this purpose that are difficult to access and very expensive.

Can you say a few words on the situation of the use of cryptocurrencies in Hungary?

Overall, nationally it really hasn’t become a popular form of payment by merchants. In Hungary, approximately fifty thousand people own cryptocurrency, and who primarily speculate; that is, they trade with it or retain it.

It’s absolutely just an estimate, but there are only a few thousand people who use it on a daily basis. It hasn’t spread so much here at home that stores or other locations will accept it as payment.

There are several reasons for this: the NAV’s (Hungarian Tax Authority) rules are controversial so far; for a very long time it was unclear if they needed to be recorded or accounted for.

Nor has there been a good, working, Hungarian-language POS (a payment tool that accepts cryptocurrencies – as well as being used for credit card payments as well) terminal that works with forints either , which would simplify cryptocurrencies’ use and conversion.

Currently, the number of domestic enterprises that accept payment with cryptocurrency is somewhere between fifty and a hundred; the range is also very wide: lawyers, catering facilities, babysitting, hairdressers and even a beekeeper is among them.

You are also a member of the Hungarian Bitcoin Association; what do you deal with exactly?

At present, we primarily deal with information. Many questions come in, for example, asking which software is more reliable to store the Bitcoin, or which cryptocurrency is suspected to be a pyramid scheme, etc.

We share this information on Facebook, in which case we may even sacrifice money in order to reach more people. Later, we’ll likely expand to advocacy activities in some capacity, as we’re constantly expanding.

What regulations exist at present? For example, are there taxes on cryptocurrencies?

Of course, all cryptocurrencies are taxed income. This is one of NAV’s, I think, most questionable resolutions according to which, (crypto) is considered as income for private individuals.

The European Court of Justice has ruled that cryptocurrencies should be legal tender in terms of VAT, which means that there is no VAT on it. I think this argument can be applied to personal income tax and corporation tax, as well.

What is the rest of world’s stance on them; could you give us some examples?

In Japan it is considered legal tender since 1 April 2017, in Switzerland you can pay taxes in cryptocurrencies, and as of a few weeks ago it was introduced in the state of Arizona, so that local taxes can been settled there (with crypto).

Otherwise, even where it is not accepted it is not prohibited, except in dictatorships, because obviously cryptocurrency gives a sense of financial freedom to people, which isn’t really in the interest of oppressive regimes.

You also hear a lot about how different cryptocurrencies are often used by criminal groups.

Obviously, there are dark markets where you can buy drugs online and to pay for it with cryptocurrency, but their turnover is minimal. In this, the data that was published online after the FBI’s closing of the largest drug market, AlphaBay, is telling. This shows that the largest site of this kind was responsible for just 0.01% of the US drug trade.

Anyway, if I was a dealer, I would not use cryptocoins either, because as I mentioned earlier, every transaction is public; what’s secret is the identity behind them. The largest law enforcement agencies (FBI, MI6, etc.) already have an eavesdropping apparatus which can connect these real users based on metadata.

Despite all this, evidently registration can be done with different tricks, and it’s imaginable that in the future there will be a cryptocurrency that provides almost complete anonymity, but even then, the main financiers of illegal trade channels won’t be cryptocurrencies.

What are the banks’ stance on cryptocurrency?

Undoubtedly, they were initially quite against it, now that is far from the case. There are those who continue to oppose it, but it is also telling that there are those that call us every two weeks to give lectures at banks, where we quickly end up with Bitcoin.

More and more banks take on board the crypto ideology, and there is no other choice anyway. With the rise of the internet, whatever new thing that didn’t build an online presence in the ’90s has surely fallen out of business nowadays. It is also rumored that there is a Hungarian bank, which will provide Bitcoin-based services soon, but for now it’s just a rumor.

Some have compared cryptocurrencies to a bubble that will burst, and they see no future in it.

The “bubble” has already burst several times, if we wish to use this term. The cryptocurrency otherwise resembles exchange trading, there’s rise and fall here too, but is still at a much higher ‘amplitude’ and with more risk.

As information-based services are already almost completely Internet-based, cryptocurrencies can be the beginning to digitalization of services and value-transfers. The initial function of the Internet was for information (e-mail) or to send a file, but it is now only one of many. I see Bitcoin similarly; it is still in a very early stage, sending-receiving money is just one thing, so in my opinion, is still very far from being phased out.

Do you think that Cryptocurrency may become part of everyday life? Will it soon be possible to pay with it in stores?

By all means, this is the trend. Soon, it will probably be used in stores as tender; in Japan, North America, and many places it already is. It would become more prevalent in everyday use, if there would be a cryptocurrency with an exchange rate that is stable.

Several projects are looking for solutions to this, including the Hungarian Augmint, which wants to set the exchange rate against the euro. Nowadays, however, the price has risen to such an extent that those who can, would rather hold onto it. In 2014, the then price of a beer paid in Bitcoin at the Anker club would be worth $500 at the current exchange rate!