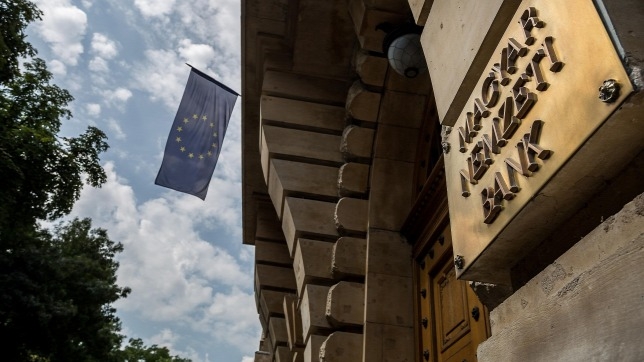 The National Bank of Hungary (NBH) in its quarterly Inflation Report is predicting that in the most favourable scenario, ESA deficit in 2020 could be as low as 1.6 percent of GDP while gross public debt ratio could drop to 66 percent.

Based on preliminary financial account data, the budget deficit was 1.9 percent of GDP in 2017, lower than the appropriation of 2.4 percent. Due to tax cuts and the exhaustion of one-off revenues from the previous years (land sales, tax credit for growth), the public finance deficit will increase temporarily in 2018.

Measures announced since the December Inflation Report (advance wage raises in healthcare for emergency medical staff, nurses brought forward from November, one-off pension supplements, winter-related utility cost reductions) amount to some 0.3 percent of GDP in expenditures, which, however, is offset by the rise in tax revenues resulting from favourable macroeconomic prospects.

Dynamically growing tax revenues from favourable macroeconomic developments and declining interest expenditures will contribute to the reduction in the deficit-to-GDP ratio following 2018. The forecast is significantly affected by the uncertainty related to the disbursement and utilisation of EU funds.

Advance payments for 2017 and 2018 are expected to gradually decline until 2020. The real economic impact of the payments, the actual utilisation of funds may be the highest in 2018 and 2019. This effect will stimulate the economy considerably, but through the increase in co-financing it will add to the budget deficit.

Substantial economic growth, falling interest expenditures and a positive primary balance all supported the decline in government debt. Government debt may decline to 70.3 percent of GDP in 2018.

As a result of growth and moderate deficit, the debt ratio may decline by 1.4 percentage points this year and 2 percentage points annually in 2019 and 2020, coming close to 66 percent by the end of the forecast period.