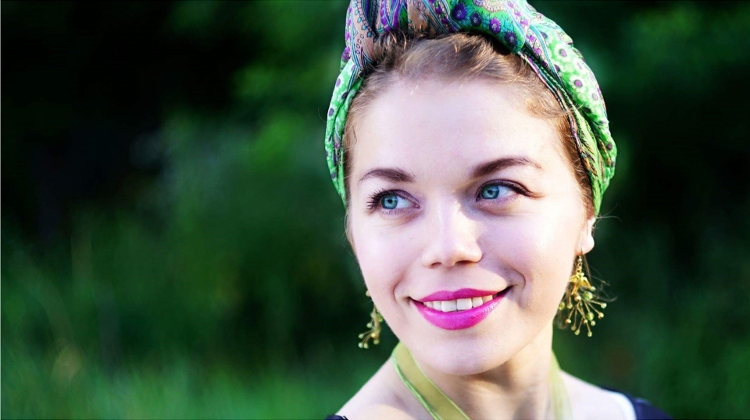 What is the funniest symphony ever composed? Did Mozart compose while confined to his room? All will be revealed on April 20th at the second Haydn–Mozart concert of the season at the Liszt Academy, when Gábor Takács-Nagy continues healing with his music and enthusiasm.

“The music of Haydn and Mozart is a genuine spiritual medicine to all those who play or listen to it. I’m happy and proud to be part of this phenomenal ensemble as we engage in the ‘spiritual healing process’ brought about by the music of these two geniuses.”

You don’t need a more inspiring introduction to the world of Haydn and Mozart than Gábor Takács-Nagy’s words. It’s a world we’ll be entering through Mozart’s very first symphony, which he composed at the age of eight.

That will be followed by three of his concert arias, performed by the promising 31-year-old Ukrainian soprano Olena Tokar - pictured above,and featured in video below.

According to many, Ch’io mi scordi di te? is Mozart’s finest example of the genre, while Bella mia fiamma, addio can boast of a most peculiar genesis. Legend has it that Mozart’s friend Josepha Duschek locked him up, only releasing the composer on condition that he wrote an aria for her.

From the tangle of legends and lovers we come to the other medicine man, Haydn, through the overture to his comic opera about love, Il mondo della luna (The World on the Moon).

While the composer’s one hundred-plus symphonies display an inexhaustible variety, No. 60, composed originally for the stage as incidental music to a comedy, stands out even from that set.

According to American conductor Kenneth Woods this is the funniest and most modern symphony ever written. It anticipates many of the ‘isms’ of the 20th century, including surrealism, the absurd, and modernism.