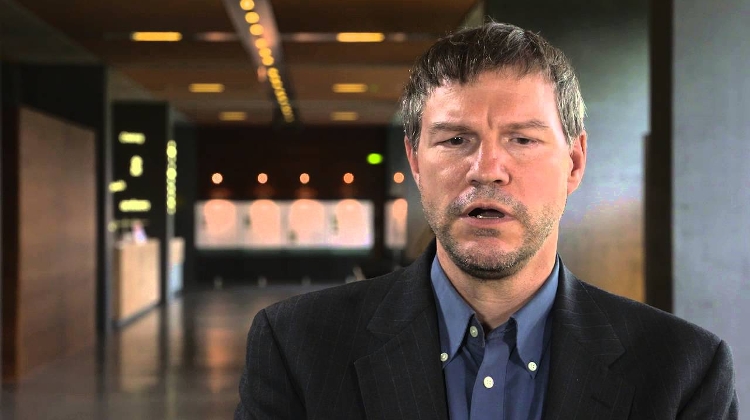 Bitcoin, the world’s most well-known cryptocurrency, is 10 years old this year. Its foundation is tied to a paper written by a figure calling himself Satoshi Nakamoto. No one knows, however who this person may truly be, or what this name is referring to.

Many suspects that the elusive creator of the first ever cryptocurrency, a potentially crucial invention of the 21th century, is none other than a person of Hungarian descent, Nick Szabo.

Bitcoin is the first digital currency which has value, and can be transferred to anyone, anywhere in the world, without restrictions.

Those who praise it claim that cryptocurrencies could be the beginning of the digitalization of services and value-transfers. Being crypto, banks and authorities can have less or no surveillance over it.

Therefore Roger Ver, CEO of Bitcoin.com, thinks that, “Bitcoin is one of the most important inventions in all of human history (…) It’s the dawn of a better, more free world.”

Bitcoin is certainly surrounded by a touch of romance. And it should not be ignored that, even though some view it as a bubble that will burst sooner or later, at the moment Bitcoin holds immense value: 1 BTC at the current exchange rate is worth more than $9000 USD.

Furthermore, as its usage is becoming more and more prevalent, some say that it (or another of the cryptocurrencies) might soon become legal tender. In addition, it is hard to trace and unregulated, and for this reason is praised by cryptopunks and cyberanarchists, and allegedly favored by certain circles of the underworld.

Speculation on who might be the inventor has thus generated waves of speculation. Romantic (conspiracy) theories go as far as claiming that some sort of government, hacker group, or even the NSA is behind it.

Moreover, according to estimations, Satoshi Nakamoto still possesses about 5 million Bitcoins, which makes him or his group fabulously rich.

Who is Nick Szabo?

Nick Szabo is a computer scientist and legal scholar, who graduated from the University of Washington in 1989 with a degree in computer science.

He is not only one of the most well-known blockchain and cryptocurrency experts, but also a thinker who often discusses law, technology, personal freedom, philosophy and other issues on his blog and elsewhere.

While his role in inventing Bitcoin remains an open question, he is definitely one of the masterminds behind blockchain and smart contracts.

There isn’t a lot of information about his Hungarian roots; in an interview, however, he told New York Times that his father had fought against communists in the 50s then fled Hungary, which would make Mr. Szabo a first-generation Hungarian born in the US.

According to his Twitter feed, he often involves himself in issues concerning his country of origin, though he probably doesn’t speak Hungarian at all.

When asked, he consistently denies being Satoshi. He does, however, acknowledge that he was among a small group of people who, over decades, working sometimes cooperatively and sometimes in competition, laid the foundation for Bitcoin, or at least a part of it.

In 1998, Szabo designed a mechanism for a decentralized digital currency that he called “bit gold”, which was never implemented, but is regarded as the precursor of Bitcoin. The mechanism that Bit gold relies upon is very similar to Bitcoin’s operation.

One of the main reasons, then, that people suspect that Szabo is Satoshi, is that there are few people in the world with the breadth of knowledge that would be required to create Bitcoin, and he is certainly one of them.

It is also telling that he back-dated a blog post asking for help turning bit gold into reality to make it appear like he wrote it after Satoshi’s paper on Bitcoin that was released in 2008.

The most established arguments are, however based, on linguistic analysis, which is admittedly not a foolproof method. Nevertheless, in many cases it is the only means of gathering vital intelligence from documents.

A group of experts from Aston University, Birmingham, UK, conducted a deep-dive forensic linguistics study of Szabo’s blog posts and academic writings, along with those of 11 other suspected Bitcoin creators.

They closely compared the subjects’ writings to Nakamoto’s landmark whitepaper and concluded that Szabo is most likely its author. Likewise, a number of tests conducted independently were based more or less on the same method, and came to the same conclusion.

In addition, the first letters of the names may also raise suspicion: Nick Szabo vs. Satoshi Nakamoto. Not to mention the fact that in Hungary, almost uniquely in the world, surnames come first.

In reality, despite a number of hints and signs, almost everyone agrees that evidence for Nick Szabo being Satoshi Nakamoto is circumstantial at best. It is also possible, some speculate, that the real creator, wanting to stay hidden, left traces which push suspicion onto Szabo.

Szabo has himself been asked about this on many occasions but has always consistently denied having anything to do with the character of Satoshi Nakamoto. As he puts it:

“All I’m saying is, there are all these parallels, and it looks funny to me, and looks funny to a lot of other people; (…) all this speculation is flattering, but wrong — I am not Satoshi.”

It is undeniable, however, that he is one of the masterminds behind, and authorities on, cryptocurrencies, smart contracts, ethereum and blockchain, innovations which carry huge potential and are seen by many as the future of the digital world.