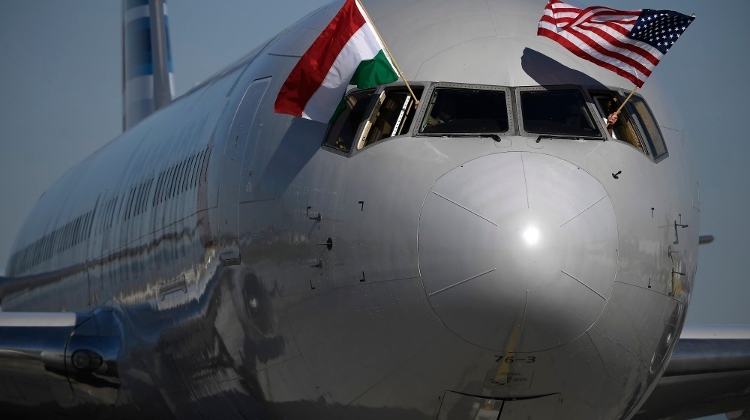 The first American Airlines Boeing 767-300 left Philadelphia for Budapest on Friday. AA will operate the flights until October 28. At the welcoming ceremony, Foreign Minister Péter Szijjártó said that though Hungary and the United States also foster defence and cultural relations, their economic ties are their strongest.

The 1,700 US companies doing business in Hungary employ more than 100,000 people, Szijjártó said, noting that the US is Hungary’s largest export market outside the European Union. American companies made 50 major investments in Hungary over the past four years, he said.

However, in the talks to attract further US investments, the lack of direct flight connection between the two countries had been a disadvantage for Hungary. But the situation has improved significantly with the launch of AA’s Philadelphia-Budapest flight and Polish state airline LOT’s direct flights to Budapest from New York and Chicago, respectively, Szijjártó added.

The minister expressed hope that more long-haul flights would be launched in the near future. Budapest Airport CEO Jost Lammers said that in addition to direct passengers, he expects that many transfer passengers will use the service as well.

Richard Muise, AA’s Director of European and Canadian Operations, said demand for the service was also high among transfer passengers. He said the most popular American destinations from Budapest are Miami, Los Angeles, San Francisco and Chicago.

The ceremony was also attended by David Kostelancik, the US Embassy’s Chargé d’Affaires, who expressed his hope that the new flight connection will boost the two countries’ cultural, political and economic ties.

The last time AA operated a Budapest service was in the summer of 2011, between New York and Budapest. After the bankruptcy of Hungarian airlines Malév, the service was not renewed.