Warmest April In Hungary For Over 200 Years 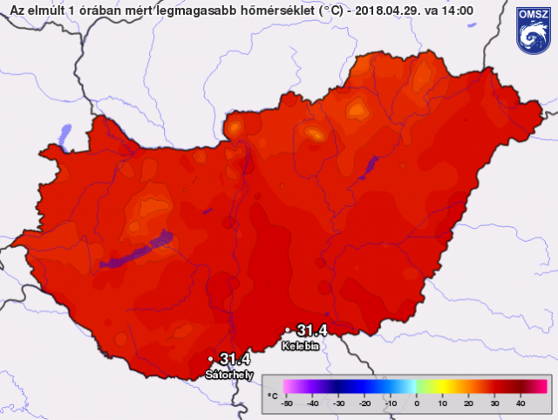 The daily average temperature was 16˚C across the country, higher than a regular May average, Tamás Tóth said.