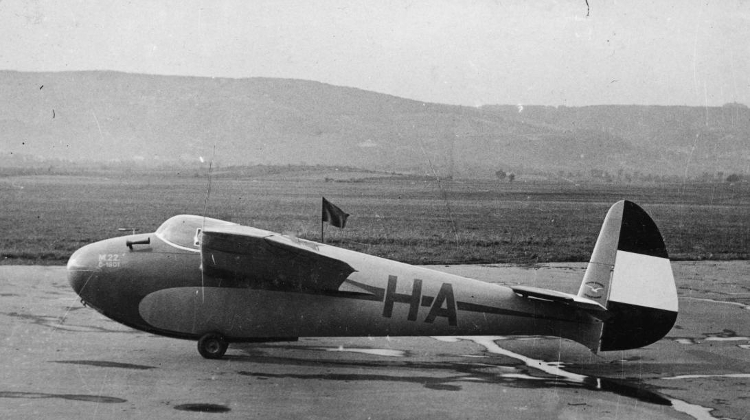 Board exhibition 'Budaors Airport – a step towards modernity' presents a dozen of photos from Hungarian Fortepan archive's collections. Unique photos of various authors were taken in 1937-1939.

The historical plane of the exhibition emphasizes the role of documentary photography in the visual transmission of events important for the city and the country. The pictures have several points in common: history, aviation, architecture and fashion.

The exhibition, being in its main layer a historical exhibition, is a collection of photographs showing the beginnings of the first international airport in Hungary  – Budaörsi repülőtér, build in 1937.

One of the first airlines operated at the airport was LOT Polish Airlines, which was depicted in a photo from 1938.

The airport is unique for many reasons: designed by a talented Hungarian architect – Borbíró Virgil, is considered a symbol of Hungarian modernism, it had the largest and longest hangar in Europe at that time.

The port was built at a very fast pace – 232 days. The paintings in the round main hall, decorating the balcony, had an unusual and useful use – breaking the passengers' fear of flying. Today, both the hangar, the main building and frescoes are protected by a conservator.

The airport is an expression of the explosion of creativity and the aspirations of the nation to build a modern society. Hungary, like Poland, regained independence in 1918.

The exhibition will be presented outdoors in the area of  the airport.

All photographs come from the photographic archive Fortepan in Budapest.

The exhibition is being carried out as part of the “Independent Poland in film and music” project.

Financed from the funds of the Ministry of Culture and National Heritage, within the scope of the Multiannual Program Independent 2017-2021, as part of the "Cultural bridges" subsidy program of the Adam Mickiewicz Institute.

The event is nonprofit.