’Future Of Europe’ Conference Held In Budapest On 23 - 24 May 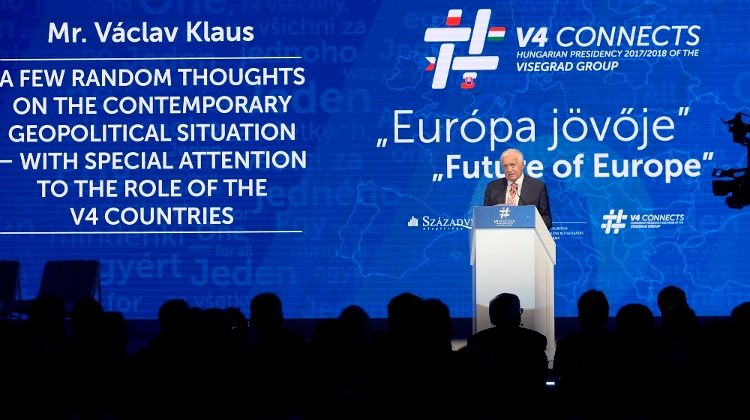 Freedom is under threat today as globalisation and the business interests behind it have declared war on the community, resulting in a “tough cultural war”, Gergely Gulyás, head of the Prime Minister’s Office, said.

The fight is not between two cultures but between the values of the free world and “deconstruction”, Gulyás told a two-day conference entitled “The Future of Europe” in Budapest.

The question whether the “local” has a chance against the “global” much depends on what happens in the United States, which has just seen a political revolution, he said. Gulyás noted that US President Donald Trump’s victory had come as a general surprise.

Hungary is following Trump’s presidency with keen interest, Gulyás said, adding that the dominant trend was about giving back the people the right to make decisions and putting more emphasis on national interests.

The underlying idea is quite simple: “dusting off” the system of democratic institutions and “freeing it from the shackles of political correctness”, he said. Gulyás said Hungary had joined NATO with a view to becoming part of the free world where individual and collective rights are enforced simultaneously.

The case was the same with the European Union, which offered a chance of economic prosperity and balanced cooperation between free nations, he said, expressing his firm belief that free nations can work together.

Gulyás said there are some common points that may promote mutual understanding in disputes between the US and Europe, such as respect for traditions, defence of security and identity, and commitment to the nation and justice.