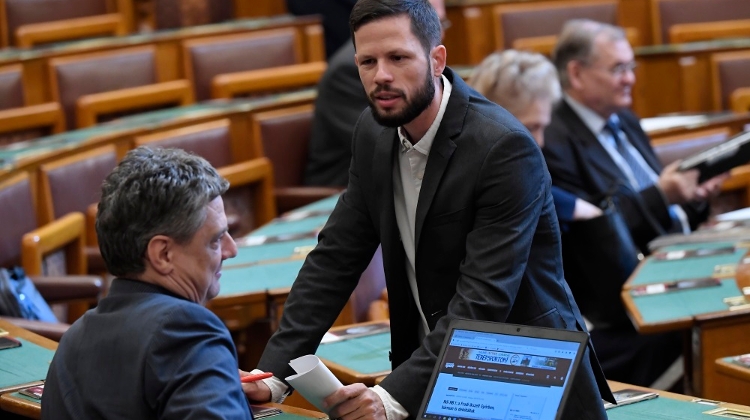 Hungarian opposition parties reacted to Prime Minister Viktor Orbán’s inaugural address in parliament on Thursday, saying the PM was out of touch and the election had been neither free nor fair.

Radical nationalist group leader Márton Gyöngyösi said Orbán had implied several threats in his speech, indicating that he was “afraid”. He also said the prime minister had outlined an economic and social vision “completely out of touch with reality”.

Emigration, disastrous demographics and growing poverty were typical in Hungary, he added. The Jobbik politician insisted that the country was “built on corruption and run by oligarchs, and young people are leaving in droves.”

The opposition Socialists said they had stayed away from the vote because of evidence of election manipulation and “stolen European Union funds” in the hands of the prime minister’s family. Bertalan Tóth, the party’s group leader, added that there had been no opportunity to debate the government’s policy platform. Orbán’s past promises had always failed to materialise, he added.

Opposition DK deputy group leader Ágnes Vadai said her party had refused to participate in the vote in parliament to elect Orbán because the general election had been neither free nor fair. “Under these circumstances, there is no reason to declare the will of the people has been represented.”

Hungary, she said, had been kept in fear “with empty threats about an apocalypse of migrants” while the government-friendly media had kept silent about the “systematic theft of the country’s assets”. In a country where the election committee covers up election fraud, those in power should not expect DK to consider them legitimate, she added.

Green opposition LMP lawmaker Péter Ungár said that when prices in Hungary equalled the EU average but wages were well below that -- and the basic pension is 28,500 forints a month (EUR 91) -- talk of closing the gap with Europe and overtaking it was empty.

No demographic turnaround will happen if state financial support is limited to 2nd and 3rd children, while couples struggle to raise even a single child, he added. The LMP politician also criticised Orbán’s speech for lacking concrete details. Orbán had failed to outline how he would steer Hungary into “the top five” in the coming period. “The top five of what?” he said.