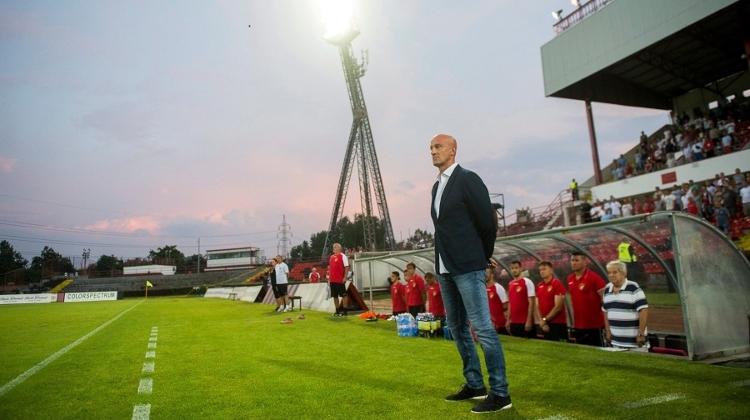 Former Budapest Honvéd coach Marco Rossi has taken over the reins of Hungary’s national team after the previous incumbent George Leekens left the employment of the Hungarian Football Federation (MLSZ) by mutual consent.

The Hungarian men’s national team continues to move forward with qualification for the 2020 UEFA European Championship their main aim.

The spine of the team which should be capable of competing for progression until the end of the qualification campaign will need to become apparent during the competitive matches of this autumn’s Nations League so the new coach’s task continues to be the building of a competitive team and the development of young players.

This year, the national team had played four matches under the leadership of veteran Belgian coach George Leekens, who had taken the role of head coach late last year, but positive results weren’t forthcoming and there seemed to be no decisive development in the team’s game.

Although there were certain times in these games when their play was acceptable, overall it wasn’t tangible that any clear steps forward were being made in the team’s performances which could show that the team’s spine and style of play was being formed ahead of the Nations League competition which starts in September.

Neither the youthful nature of the side, nor the shaping of a style of play had progressed as earlier envisaged. On the basis of this, the MLSZ Executive Committee has agreed with George Leekens on the termination of his contract, while thanking him for his efforts until now and continuing to acknowledge his technical diligence in terms of preparation and his qualities as a person.

The Belgian coach will not be seeking compensation. The Executive Committee recognises that George Leekens has had limited time to operate as a head coach and to get to know the players’ abilities and conditions, or to spend much time with them in preparation periods.

At the same time, given that the 2020 Euros will be partly hosted on home soil, MLSZ Executive Committee expects the hoped-for results from the national-team staff to be realised, firstly in the results of the qualifying campaign and secondly in the formation of a team which, in the mid-term, will be comprised of successful, new, young players.

Moving forward, until the summer of 2020, the former Hungarian championship-winning coach of Budaest Honvéd, Marco Rossi, will take over the leadership of the national team.

The Italian coach has proved more than once that he is capable of building a fanbase and a team made up of young, talented players, whilst also motivating the more experienced ones.

Aside from last year’s NBI title success, he also led Honvéd to third place in the Hungarian league in 2013 and repeated that feat this season with his most recent club, DAC, in Slovakia.

Marco Rossi is therefore thought to be well-suited to Hungarian football‘s current opportunities which can help him lead the Hungarian national team to a more effective style of football and, in the 2018-2019 season, to achieve his task of forming a successful team in time for the year of 2020.