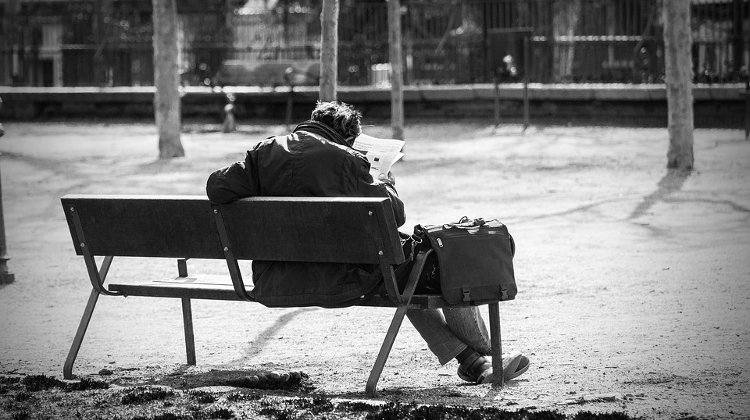 As Fidesz MPs ask the government to introduce a constitutional ban on sleeping rough regularly and living on the streets in general, a left-wing Christian pundit finds the proposal inhumane, while a pro-government columnist welcomes it.

Fidesz MPs have asked the government to include in Hungary’s Fundamental Law a ban on regular use of public areas as a living space, after PM Orbán announced a new round of constitutional amendments over the months to come.

Fidesz politicians argue that there are enough shelters available, and thus no one should be allowed to sleep rough on the streets.

In Heti Világgazdaság, György Balavány accuses Fidesz of stigmatizing and punishing homeless people, rather than acknowledging the existence of housing problems and solving them.

The left-wing Christian columnist recalls that a similar proposals were tabled between 2011 and 2013, but they were struck down by the courts. Balavány thinks that banning the homeless from public spaces would be inhumane, and in violation of human rights as well as Christian values.

Balavány adds that according to the calculations of activists who help homeless people, there are more homeless on the streets than shelters could accommodate, and thus it is physically impossible to accommodate everyone.

In conclusion, Balavány calls it a shame that the government would criminalize homelessness rather than helping people who are on the streets.

Magyar Idők’s György Pilhál, on the other hand, finds it unacceptable that people live on the streets while there are enough beds in temporary shelters.

The pro-government commentator contends that the presence of the homeless poses a security as well as a health risk, in addition to severely worsening the quality of public spaces.

Pilhál dismisses as absurd the accusations of the Left and pro-homeless organizations who claim that sleeping, drinking, and using drugs in public is a human right.

This opinion does not necessarily represent the views of XpatLoop.com or the publisher. Your opinions are welcome too - for editorial review before possible publication online. Click here to Share Your Story