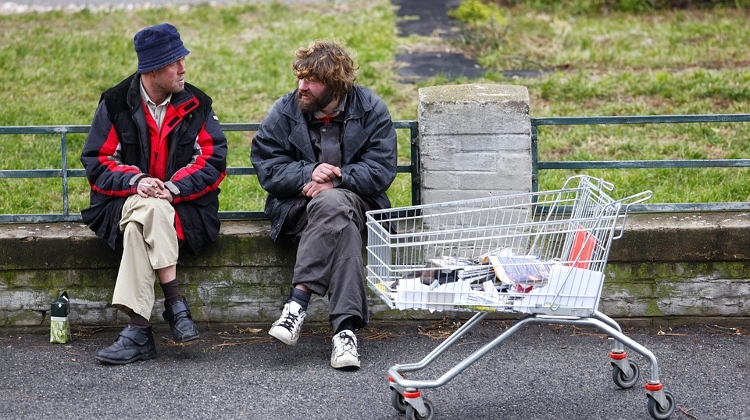 Parliament’s legislative committee has approved two constitutional amendment proposals on “the preservation of Hungary’s Christian culture” and on banning homelessness.

The proposed amendments were submitted by ruling Fidesz lawmakers. Under the first, the fundamental law would oblige all state organisations to “protect Hungary’s selfidentity and Christian culture”.

“There is no Europe and Hungary without Christian culture,” the proponents said, citing recent developments in Europe that they said could “culturally transform the continent”.

The other constitutional amendment would create the legal conditions for banning people from living in public spaces given that everyone without a home is guaranteed shelter under state or local council schemes.

Lawmakers of the leftist opposition Socialist, Democratic Coalition and Párbeszéd parties insisted that enshrining the preservation of Christian culture in the constitution contravenes the basic principles of the freedom of conscience and religion, and the separation of church and state.

They also raised concern about the implementation of the provision in practice. Socialist lawmaker Tamás Harangozó asked from whom Christian culture should be protected, “from the Jews or the non-faithful?”

Sándor Burány of Párbeszéd qualified the planned provision as a “move towards Christian fundamentalism”. Loránt László Keresztes of LMP spoke about what he saw an absence of Christian culture from government policies. In response, István Bajkai of Fidesz said that Christian culture was not a matter of faith or religiousness but what Christianity had given to mankind.

“It is blindness not to see that Christian culture is in danger when women, children and families are being murdered in Europe and alternative legal systems have developed in several European cities,” he said.

Concerning the second amendment, opposition lawmakers said that the government should rather increase funds for homeless care and prolong the ban on forced evictions.

Bajkai said that speaking about the right to live on the street reflected a misinterpretation of freedom, and emphasised that sufficient places of accommodation are available to the homeless.