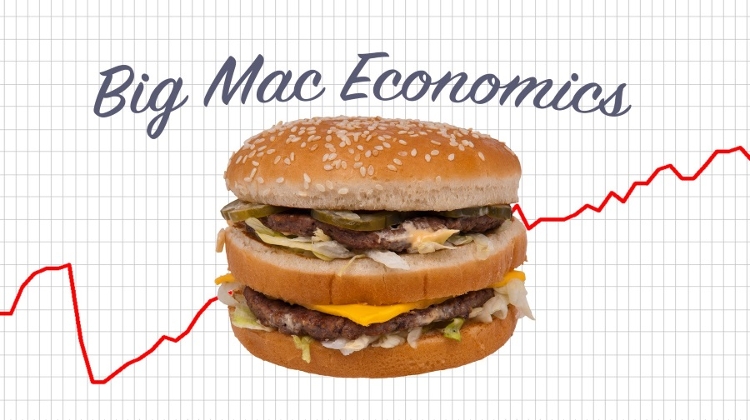 In Budapest, you would need to work for almost an hour to earn enough money to buy a Big Mac, according to the UBS.

They did an international survey, working with average salaries and average prices.  From all the European cities that were in this survey, seems like the only cities where you would need to work even more for a hamburger than in Budapest is Istanbul and Kiev.

This kind of survey is meant to symbolise the value of our money. The so-called Big Mac index is an indicator for the purchasing power of an economy. The average price of a Big Mac burger is different in every country, but so are the salaries they pay for an hour.

This is not a very new thing either. The Big Mac index has been published every year by The Economist since 1986 as a simplified indicator of a country’s individual purchasing power.

If you take a look at the table that the UBS compiled, Budapest is on the 65th place, out of 77.

In Budapest you have to work 55.6 minutes to buy a Bic Mac.  UBS took the average price across all sources and divided it by the net hourly wage of 15 professions. The result is converted into either minutes or hours.

Another aspect of this survey looked at the time we need to spend working in order to buy an iPhone. They analysed different iPhone and iPad models from the last few years, so they worked with an average price.

According to this in Budapest, we need to work for 399 hours to buy an iPhone. Just to have an idea of where we are in a global scale: if you work in Zürich, you can buy an iPhone after about 38 hours, in Amsterdam after 106, in Bucharest after 395.7, in Cairo after 1,066.2 hours.

They also ranked the cities according to the price level, which shows that Budapest is still considered pretty cheap, 64th on the list, if we also include the rent, then it is the 63rd.

The survey shows the difference in net and gross earnings. If we look at gross earning, Budapest is 57th, in net earning it is 63rd.