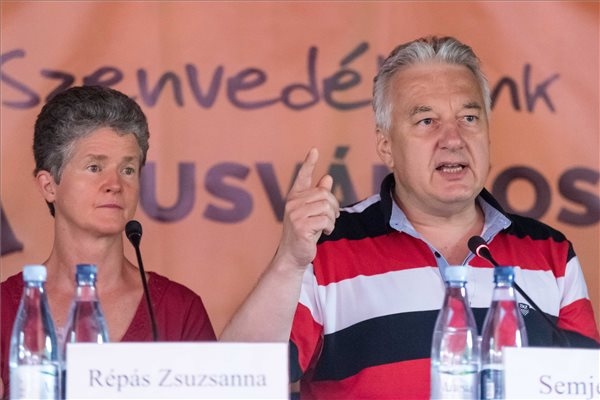 Deputy Prime Minister Zsolt Semjén called on Romania to fulfil pledges the country’s first national assembly made in 1918, under which ethnic Hungarians should be granted autonomy.

Speaking at the Băile Tușnad (Tusnádfürdő) Summer University, Semjén said that Romania should “honour that pledge and stop seeing it as extremism if Hungarians demand self-determination.”

The answer to the Trianon Treaties, which severed Transylvania from Hungary, is “national mourning, celebrating national unity and openly representing the Hungarian standpoint on such historical events,” he said, criticising the call for holding a “national consultation” survey on the revision of Trianon.

Hungary is open to cooperation with Romania, he said, citing the country’s “historic reconciliation” with Serbia as an example of good relations.

Hungary provides economic support for ethnic Hungarian minorities in neighbouring countries, and such a cooperation is a win-win” situation for both sides.

The 1918 national assembly in Alba Iulia (Gyulafehérvár) and the declaration signed there created present-day Romania by uniting Transylvania with Bessarabia and Bukovina.

Socialists: Motto Of Summer Uni Should Be ‘Transition From Democracy To Dictatorship’