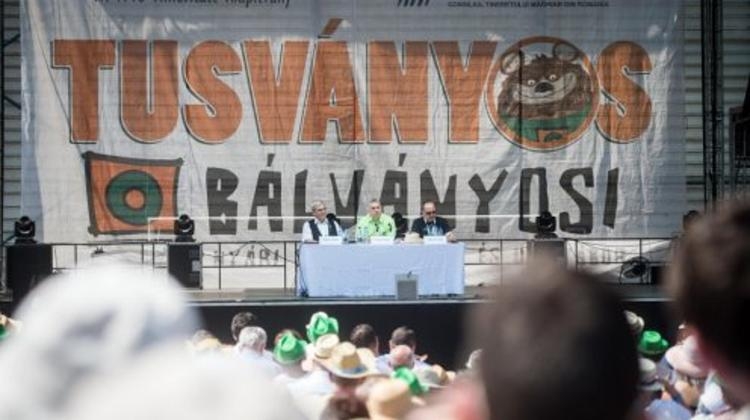 This year’s Bálványos Summer University in Băile Tușnad (Tusnádfürdő) is being organised “at a key time of political stability” in Hungary following the spring general election, the head of parliament’s foreign affairs committee said.

With its internal political situation stable, Hungary has been able to expand its room for manoeuvre internationally, and preparations are also under way for next year’s European parliamentary election, Zsolt Németh told a press conference.

The motto of the 29th summer university to be held between July 24 and 29 is “Our Passion: Tusványos”, Németh said.

This shows that open speech, national cohesion and the vision of a Europe built on traditional values have become part of the identities of the university’s organisers and participants, he said.

As regards the theme of this year’s summer university, Németh said a competition of differing visions on the future of Europe was under way.

Hungary and its ruling Fidesz party want to make their mark in this race by forming an alliance for the Europe of nations, he added. In response to a question, Németh confirmed that, as has become tradition, Prime Minister Viktor Orbán will again be addressing the event.