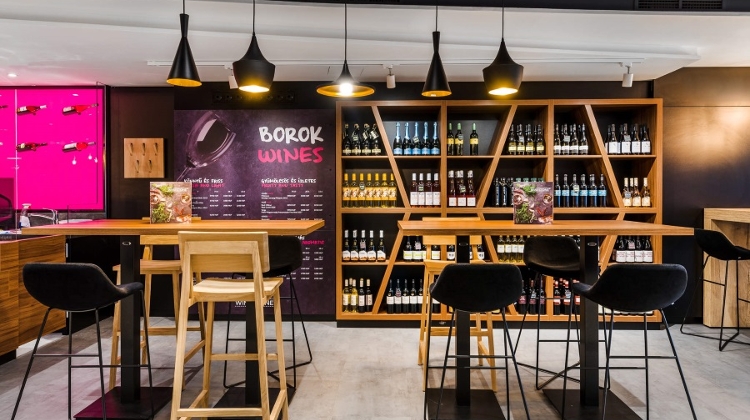 AccorHotels has opened the country’s first WineStone restaurant in Budapest, with local specialties and wines in focus.

The WineStone concept was first introduced by AccorHotels in Poland in 2013. The first Hungarian restaurant opened in June in the Mercure City Center in Budapest, as a part of the long-term renovation of the hotel.

With the Budapest opening, there are now 14 WineStone restaurants in the CEE region: ten in Poland, two in Romania, and one each in the Czech Republic and Hungary. AccorHotels says it is planning to open further WineStone eateries in Budapest, according to a press release.

The Budapest restaurant’s core concept consists of two ideas: offering a selection of high-quality domestic and international wines, and presenting local specialties with an emphasis on presentation.

Signature dishes are served on a black stone slab, from which the restaurant takes part of its name. Hungarian features are an important component of the menu, with ingredients such as home-matured artisan Mangalica ham.

The selection of wines is picked by a jury of professionals every year by blind tasting. The experts narrow the initial selection to 60-70 wines, after which the final selection is made with the help of partners.

The restaurant offers 34 wines from ten countries, with 70% of the wines from Hungary, due to its strong wine culture.

Additionally, each WineStone restaurant includes a shop where locals and the hotel’s guests can buy their favorite wines or local food products, added the press release.