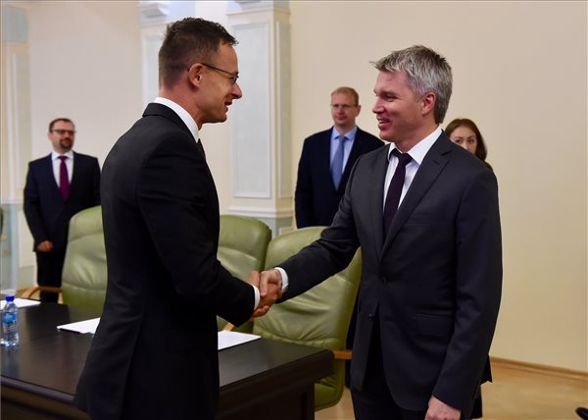 “Hungary has always had an interest in pursuing pragmatic cooperation with Russia, based on mutual respect and common sense,” he said.

A large portion of Hungary’s energy supply comes from Russia, he noted. “We in central Europe know that dialogue is ... necessary, and cooperation must be based on trust,” he said. Outlined his talks in Moscow yesterday, Szijjártó said a cooperation and development pact that served Hungary’s best interests was on the agenda.

The launch of a flight between Budapest and Kazan, the third between Hungary and Russia, is within reach, he said. Hungary is also set to increase its role in Moscow’s International Investment Bank, which already handles Hungarian projects worth 70 million euros, he said. Talks are under way on Hungary buying about 4.1 billion cubic meters of natural gas from Russian energy giant Gazprom to cover the country’s energy needs in 2020, he said.