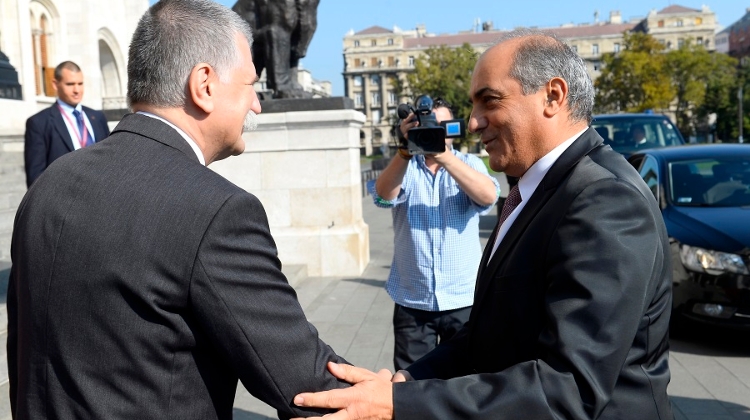 Hungary and Cyprus have maintained friendly and smooth ties over the past several decades and strengthening those further is their mutual interest, the house speaker said after meeting his Cypriot counterpart in Budapest.

László Kövér and Demetris Syllouris agreed at their talks that their meeting and Hungary’s opening a new diplomatic mission in Nicosia soon are important steps in strengthening their relations, parliament’s press chief told MTI in a statement.

Parties at the talks highlighted the importance of strengthening cooperation between the two countries’ parliaments and their committees.

Kövér and Syllouris also discussed other issues including the EU’s future and next budgetary framework, as well as migration and Brexit.