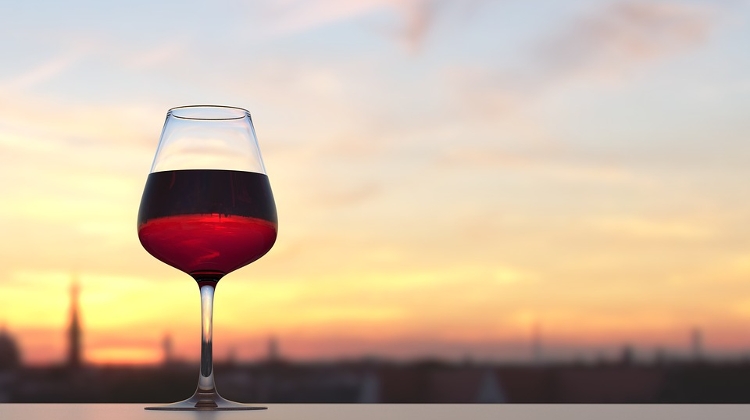 The discovery of relatively unknown wine regions and vintners who ply their trade well off the beaten track is one of the great joys of being into wine. When friends, both Hungarian and foreign, noticed that I’d been getting bibulous in the Bükk region, several actually asked if they even make wine there.

The region sits silently, and all but forgotten, between the really rather famous, not to say legendary regions of Eger (to the west) and Tokaj (to the east), and was previously known in professional circles as a region to overlook, to put it mildly, for its paint-stripping, acidic excuses for wines.

However, a number of boutique producers are now turning out some rather fine and subtle stuff, which often strikes a balance between vibrant aromas, ripeness of fruit and zesty (but not bitingly sharp) acidity.

Bükk, with its broad range of soils and nicely positioned vineyards that gain ideal exposure to the sun for ripening, is, therefore, something of a hidden treasure, especially when the winemakers treat the terroir with respect.

The bad news is that some of the winemakers know they’re onto a good thing and have priced their limited supply of wines accordingly.

All regions need their own identity and grape varieties and a number of Bükk producers are backing Zenit for white and Zweigelt for red. Zenit is a Hungarian grape that was created by Ferenc Király in 1951, when he crossed Ezerjó and Bouvier in Pécs, and is sometimes referred to as Badacsony 7, in reference to the wine region in which it was developed.

It is one of several grapes made by the crossing of these two varieties – the others being Zeus and Zengő. Like children that are conceived by the same parents, there are differences in the subsequent offspring, as well as similarities. Incidentally, the fourth ‘Z’ of Hungarian white grapes – Zafir – is an unrelated crossing of Hárslevelű and Leányka.

While the Ezerjó grape is associated in particular with the Hungarian region of Mór, where it can make some impressive wines, Bouvier (which has its origins in present-day Slovenia) has more pedigree as a parent of new grapes – it was also crossed with Hárslevelű to bring Tokaj’s exciting Kabar grape into being.

Fresh and Well Made

Back to Bükk, where Roland Hajdú’s Zenit 2017 (expected to cost around HUF 2,000 direct from the cellar) is a fresh, reductively made white wine with grape juice and lime aromas, and a floral feel on the palate. This wine comes from Bogács, which is known for cellar rows with wines of questionable quality, but this is well made.

Gallay Nyékládháza 2015 (HUF 3,990 from www.onlinebor.hu), a wine made 100% from Zenit, comes from limestone and clay soils from Nyékládháza and was vinified in oak with the fermentation carried out spontaneously at a higher temperature than usual for whites. It is concentrated with a nice creamy finish, with a touch of bitterness and good acidity; solid proof that you can make a big wine from an overlooked grape.

Gallay’s wines are made by Roland Borbély, who is also the owner. He has worked in two wineries in California’s Napa Valley and has clearly brought back a wealth of winemaking knowledge to Bükk. Borbély also helps make the wine at K.T. Kézműves Pince, another Nyékládháza-based winery, whose Zenit 2016 exuded lime peel and grapefruit aromas and flavors, with exciting spicy and floral touches, and with good body.

Zsolt Sándor, whose organic wines are made at his cellar (Sándor Zsolt Organikus Szőlőbirtok és Pincészet, at Arnóti sor 115) on the atmospheric hill of Kis-Avas close to the center of Miskolc, made a semi-sweet wine with his Zenit 2016 (HUF 2,500 from the cellar). It actually comes from over in Nyékládháza, from the Pittyén vineyard – a mix of limestone, volcanic tuff and sandstone soil – and was harvested on September 22 and has 29 g/l of residual sugar but long and subtle and not at all cloying.

All the four Zenits were nice representations of the grape and easily identifiable, yet reveal their own nuances, with the winemakers’ individual styles strongly coming nicely across.

Meanwhile, red Zweigelt is an Austrian grape, a crossing of Blaufränkisch (Kékfrankos) and St. Laurent, carried out by Dr. Fritz Zweigelt in 1922 at the Teaching and Research Center for Viticulture and Horticulture (LFZ) in Klosterneuburg, close to Vienna. It can almost be considered a local grape, due to one of its parents being the same grape as Kékfrankos, Hungary’s most widely planted red wine grape.

Some of the wines tasted from Gallay and Zsolt Sándor are worthy of being placed on the same table as the best of Austria. Gallay’s single vineyard Zweigelts, from the Lippa and Zúgó vineyards, show how the grape can articulate its terroir.

Zsolt Sándor’s Zweigelt 2013 is in fine shape and still retains a bright purple color. It has aromas of plum (suggesting a bit of age), sour cherry (retaining its youth), spices and potpourri, with the same on the palate which finishes with a chalky note. His 2015 (HUF 4,500) is still pumping out fresh and concentrated primary red fruit. Roland Hajdú also has a varietally pure and zesty Kékfrankos (HUF 2,150).

The above merely serves as an introduction to a potentially very exciting region. Also check out, Zsolt Sándor’s nutty and rich Ezerfürtű 2017, a crossing of Hárslevelű and Tramini; as well as his extremely elegant, expressive and rather expensive Irsai Olivér, called Lou Lee 2017 (HUF 6,500), as well as the whole Gallay range.

For example, Bistronauta Fehér 2015 (HUF 2,990), a blend of 60% Pinot Blanc, 40% Zenit, which has a yeasty, slightly cidery note and that spontaneous fermentation edginess in spades.

Putting Bükk on the Map

The two Rolands and one Zsolt are being joined by other similar minded people. These include Gábor Galuska, who makes wine for the organic Gajdos cellar in Eger, but also owns Palmetta Pincészet in Bükk.

Borbély says that the articles for the Association for the Bükk Wine Region has been signed by 14 members who: want to do something for the region’s wine quality (including setting two levels such as “Terroir” and “Classic Bükk”); to list, protect and save the region’s culture; and to help and teach the winemakers of the association, by sharing knowledge and experience.