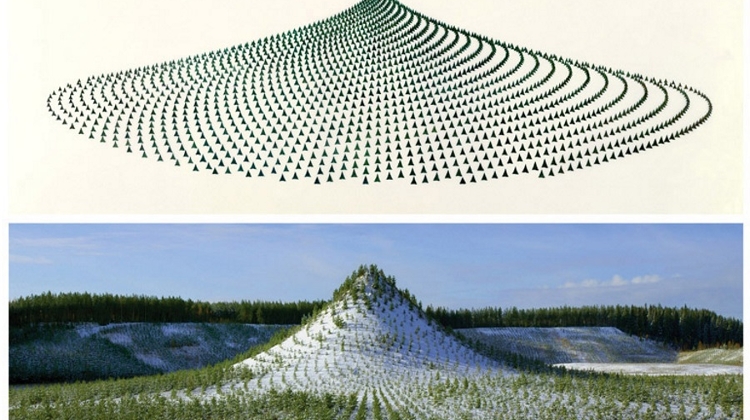 Now on until 31 January. Agnes Denes (1931, Budapest) is a Hungarian-born American artist based in New York.

In her protean artistic practice unfolding since the 1960s, she has been embracing philosophy, mathematics, linguistics, psychology, history, sociology, poetry and music, closely intertwining science and art in a subtle mystery of knowledge.

She's best known as the creator of New York City's famous artwork, “Wheatfield — A Confrontation,” a two-acre wheat field flanked by skyscrapers that was planted in 1982 on a landfill.

Considered as visionary, her visual investigations and formulations range from writings, drawings and sculpture to environmental actions, performances and installations.

Acb is proud to present a selection of works that embraces 50 years of creation and that receives focus for the first time after the artist’s retrospective exhibition hosted by Ludwig Museum Budapest in 2008-2009.

The exhibition is realized in cooperation with Leslie Tonkonow Artworks + Projects, New York.