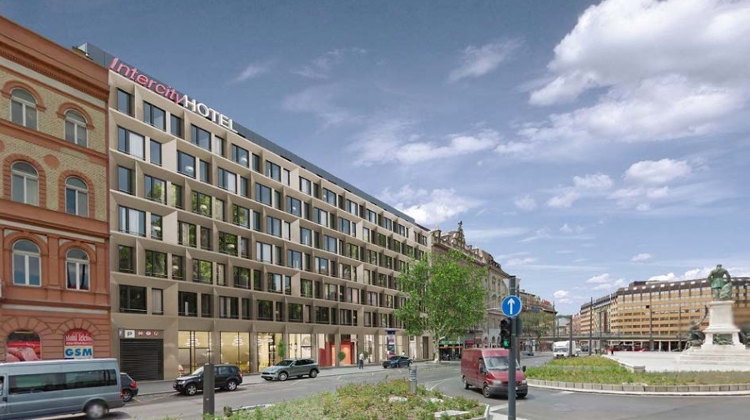 The Hungarian DVM group has agreed a deal with the German developer B&L Gruppe to design and construct its 310-room, 26,000 sqm IntercityHotel Budapest hotel in Baross tér, adjacent to the Keleti Railway Station.

DVM will undertake both construction planning and general construction of the project in one of the largest instructions that DVM has won in Hungary to date.

B&L Gruppe and the hotel operator, the German Deutsche Hospitality have acquired construction permits and the concept plan has been completed for the project, which will be the first IntercityHotel in Central Europe.

The IntercityHotel brand operates at what it defines as key railway stations and airport locations such as Keleti, regarded as a vital transport hub in the capital. The three-star superior hotel will include a bar, restaurant, conference center and 200 underground parking spaces. The development project will include an additional residential complex consisting of 45 apartments.

Tourism visits for Hungary and Budapest are continuing to rise. The other significant growth area is an increase in the number of business travelers. In 2017, an estimated 11.8 million tourists visited Hungary, the highest figure on record according to CBRE.

Budapest had an occupancy rate of 77.5%, compared to Prague with 80% and Vienna with 75.3% last year. The consultancy has traced a pipeline of 18 three-, four- and five-star hotels under construction in Hungary, the clear majority of which are in Budapest, with a further 13 planned.

Tamás Sellyey, operational and sales director of DVM group, says the IntercityHotel as a modern boutique hotel. “This is our first complete hotel construction project and we are extremely pleased that, after thorough negotiations, a prestigious German developer chose us to realize its first Hungarian project. This mandate is an important milestone to further increase the proportion of instructions received from the open market,” he adds.

DVM reference projects include its work on the renovations of the Hilton Budapest in the Castle District, the Radisson Blu Béke Hotel on Teréz körút and the Thermal Hotel Margitsziget. However, the IntercityHotel Budapest will be the first project in which DVM has undertaken construction planning and general construction. The company has been providing design, project management, environmental consultancy and general construction across market sectors since its establishment in 1995.

“DVM group’s strong local track record and high-quality approach for planning and building supported the decision to choose them as a local new partner for this turn-key development.

Hotel developments have their specifics and DVM group is suitable to take up the challenge,” comments Thorsten Testorp, managing partner of B&L. The Hamburg-based company has already developed a number of hotels, shopping centers, offices and residential properties in Germany. The current hotel pipeline of the company is around 2,000 rooms in eight hotels in different European locations.

Planning and preparations started in early November and the hotel is scheduled to be delivered in 2020.