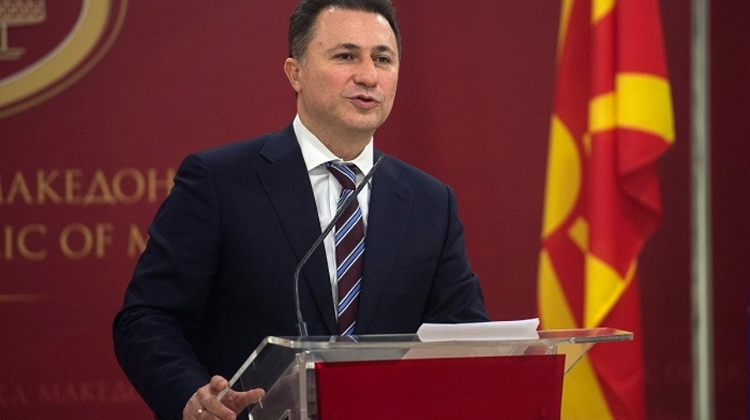 Hungarian MEPs were divided on a report passed by the European Parliament calling on Hungary to extradite former Macedonian Prime Minister Nikola Gruevski.

Ruling Fidesz called the document an “ideologically-driven attack” on Hungary, while opposition MEPs supported it.

He speculated that “the migration issue and the Soros lobby” were behind the push to “oust and convict” Gruevski.

Csaba Molnár and Péter Niedermüller of the leftist opposition Democratic Coalition said “the Orbán government has embarrassed Hungary on a global scale”. “We European Hungarians won’t put up with Orbán turning our country into a collection site for failed politicians, criminals and terrorists,” they said.

State secretary for international communications Zoltán Kovács said in reaction that the “European Parliament’s pro-migration majority proved once again that only migrants matter to them, and they go after everyone who protects the borders”.

“In the Sargentini report, the European Parliament defended Ahmed H, who had been convicted of committing a terrorist act, ignoring that he attacked Hungarian police officers and wanted to break through the fence,” Kovács wrote in a Facebook post.

“Meanwhile, the EP immediately attacked the former Macedonian prime minister who had built a fence in an effort to stop migrants,” the state secretary added.

Related articles:
Local Opinion: Did Gruevski Flee To Hungary With Official Consent?
Hungarian Authorities 'Made No Mistake' In Gruevski Procedure
Opposition Turns To EC Over Gruevski Affair In Hungary