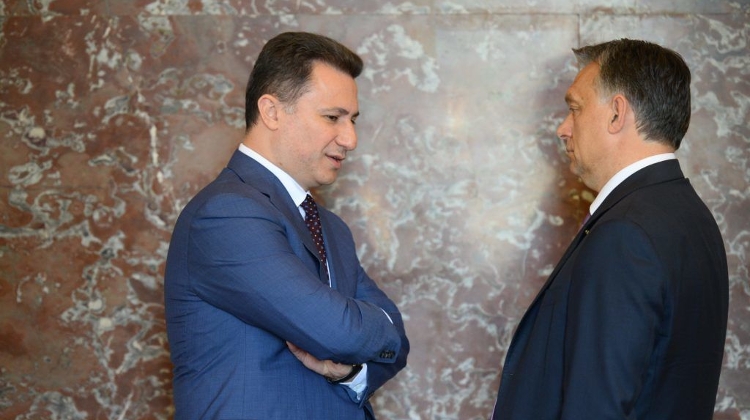 Green opposition LMP has called for a parliamentary investigating committee to be set up with a view to looking into the case of former Macedonian PM Nikola Gruevski, who is seeking political asylum in Hungary.

Gruevski held office between 2006 and 2016. An arrest warrant was issued last week after he failed to start a two-year prison sentence for corruption.

He announced on his Facebook page last Tuesday that he was in Budapest and had asked the Hungarian authorities for political asylum.

LMP co-leader Márta Demeter told a press conference that the case posed a “diplomatic and security risk” to Hungary, and severely damaged the country’s image.

It is imperative that the Hungarian government agencies’ role in the affair be cleared up as soon as possible, she said. LMP has also filed a criminal complaint over support for illegal migration, she said.

The fact that [Prime Minister] Viktor Orbán “and other politicians from [ruling] Fidesz helped Gruevski’s latest election campaign [in 2016] as well as furthered his agenda at the 2017 local elections … is not independent from his asylum request,” Demeter said.
The Gruevski affair demonstrates that Hungary’s security system needs to be rebuilt, she said. Only then will the security of Hungarians truly be guaranteed, something which the ruling parties are unwilling or unable to do, she insisted.

The European political system “watching idly as one politician of the European People’s Party saves another from a just prison sentence” also has to be reformed, she said. “Viktor Orbán is using the whole Hungarian state establishment to play political godfather,” Demeter said.

Hungarian Foreign Minister Péter Szijjártó said last Thursday that Gruevski’s recent request for asylum in Hungary “is a legal rather than political matter”. Hungary’s authorities will “assess the application fully in line with relevant international regulations,” his ministry said in a statement.