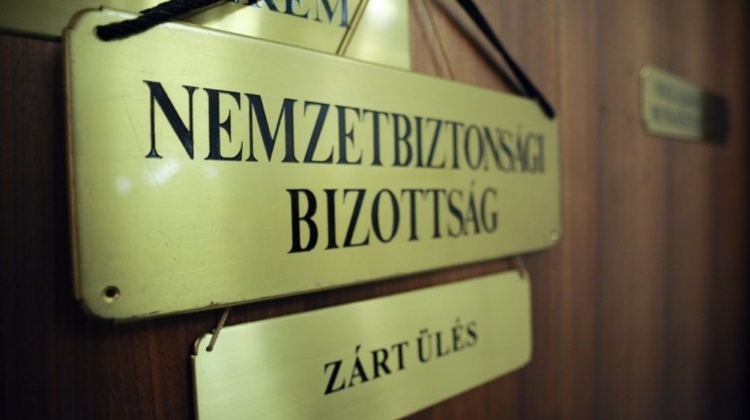 A national security committee meeting with recent events at public media MTVA headquarters on its agenda lacked quorum because ruling party representatives stayed away from it.

However, in a letter sent on Tuesday morning, the interior minister requested that the subject be removed from the agenda.

Mirkóczki said that he and Socialist representative Zsolt Molnár then initiated a debate on current “national security issues” but eventually neither the ruling party representatives nor those invited showed up.

Fidesz told MTI that their representatives had stayed away because the interior minister had withdrawn the topic that would have served as the reason for the meeting, and the other item on the agenda submitted later “only involved the opposition trying to create a political scandal.”

Mirkóczki insisted that it would have been in the ruling parties’ interest to show up for the meeting to discuss the events of the past several days and how far the authority of MPs and armed security guards extends.

He said the meeting would have also served to determine which side had erred during the protests in front of MTVA’s headquarters.

Mirkóczki told reporters after the meeting that when he and LMP lawmakers visited the national police headquarters on Monday, they were promised that the police chief would attend today’s committee meeting and answer questions in connection with the recent demonstrations.

The Socialist Party’s Zsolt Molnár said Fidesz and the co-ruling Christian Democrats were avoiding discussing any issues that are “uncomfortable” for them. Péter Ungár of opposition LMP said that “the fact that the ruling parties’ MPs have fled” meant that they were “incapable of backing up even their own statements”.

Ágnes Vadai of the leftist opposition Democratic Coalition, who is not a member of the committee but has security clearance to attend its meetings, told reporters that it was “worrying” that the interior minister had yet to address the recent events on Kossuth Square and in front of and inside the MTVA headquarters.

She vowed to try to convene a meeting of the defence and law enforcement committee to discuss the demonstrations.

Vadai was asked by a correspondent of current affairs channel M1 after the meeting why the opposition lawmakers who entered the MTVA headquarters had claimed that they would not try to force their way into the studios when they later did so on multiple occasions.

Vadai replied by asking whether she or any other MP had entered the studios. Molnár said the door to the studio was unbreachable.

Vadai told M1 that she did not think the lawmakers had acted beyond their rights attached to their parliamentary mandate.