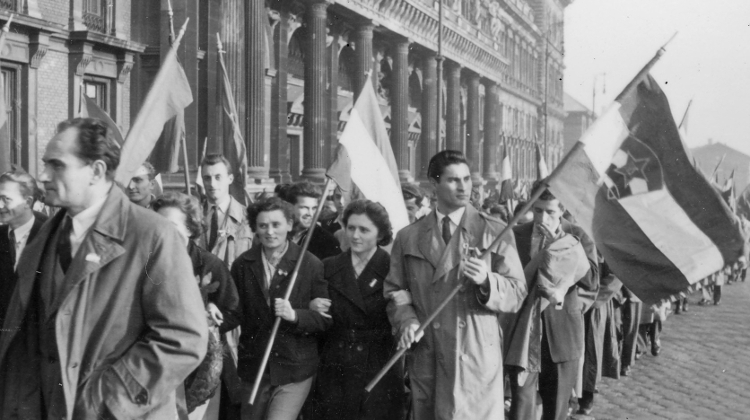 "The Hungarian Revolution of 1956 was a spontaneous nationwide revolt against the Stalinist government of the People's Republic of Hungary and its Soviet-imposed policies, lasting from 23 October until 10 November 1956.

The revolt began as a student demonstration which attracted thousands as it marched through central Budapest to the Parliament building.

A student delegation entering the radio building in an attempt to broadcast its demands was detained. When the delegation's release was demanded by the demonstrators outside, they were fired upon by the State Security Police (ÁVH) from within the building. The news spread quickly and disorder and violence erupted throughout the capital.

It quickly spread across Hungary, and the government fell. Thousands organized into militias, battling the State Security Police (ÁVH) and Soviet troops.

The new government formally disbanded the ÁVH, declared its intention to withdraw from the Warsaw Pact and pledged to re-establish free elections. By the end of October, fighting had almost stopped and a sense of normality began to return."

Read more about the history of '56 here.