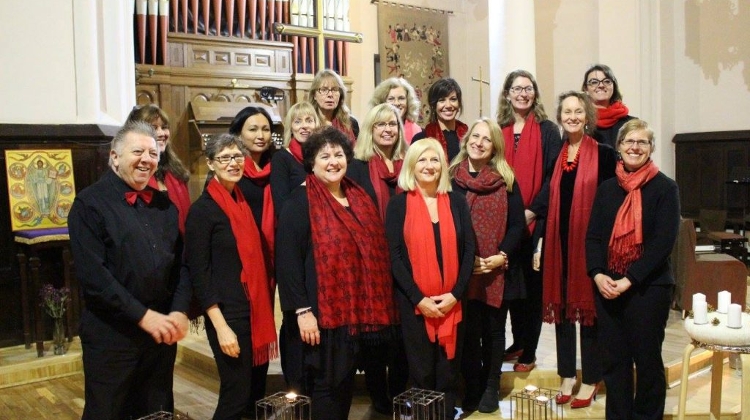 Vox Mundi is a woman’s choir from the United Kingdom. The choir will perform traditional seasonal songs from around the world, including Hungary, on Sunday, December 9, 2018 from 12:00 p.m. at the Budapest-Fasori Evangélikus Gimnázium.

Admission to the concert is free.  All are welcome.

The name of the choir, Vox Mundi, means “Voices of the World”.  The choir is a women’s community choir, based in the United Kingdom, which has been singing for over 20 years. Many nationalities are represented in the choir— North, Central and South American, European and Scandinavian.

They sing songs from various countries, often in their original languages. In so doing, choir members learn more about the history of each other’s lands and cultures.  The choir sings a variety of styles of music, from classical to more popular and has given concerts in many European countries.

The music director, Jennifer Bell, has studied and worked in conducting,composition, piano, and singing in both North America and the UK.

Accompanist David Darby, is an accomplished pianist, and has worked both in the UK and internationally for many years, teaching, accompanying musicians, arranging music and performing.