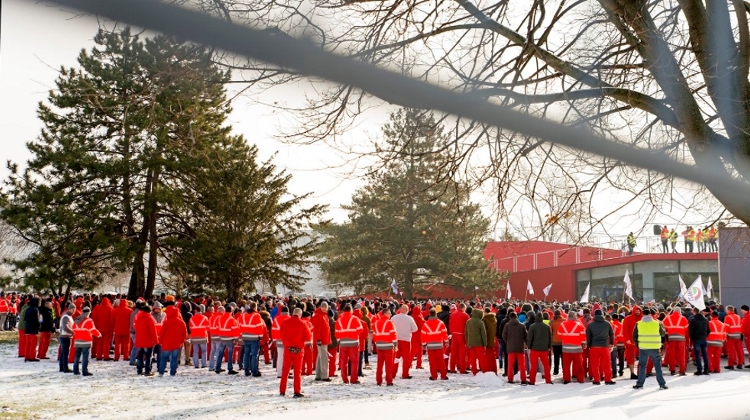 The trade union of Audi Hungaria in Győr, in western Hungary, called a one-week strike starting on Thursday morning, after no agreement was reached at wage talks on Wednesday.

Union leader Sándor Németh said that the talks would continue during the strike, and the action would be terminated “if an acceptable wage offer is received”.

Last Friday, the union held a two-hour warning strike after the employees rejected the company’s wage offer. The union is seeking an 18% hike to the basic wage which amounts to at least 75,000 forints (EUR 233), among other salary demands.

Further, it wants each worker to be guaranteed one full weekend each month as well as child-related and age-related leave.