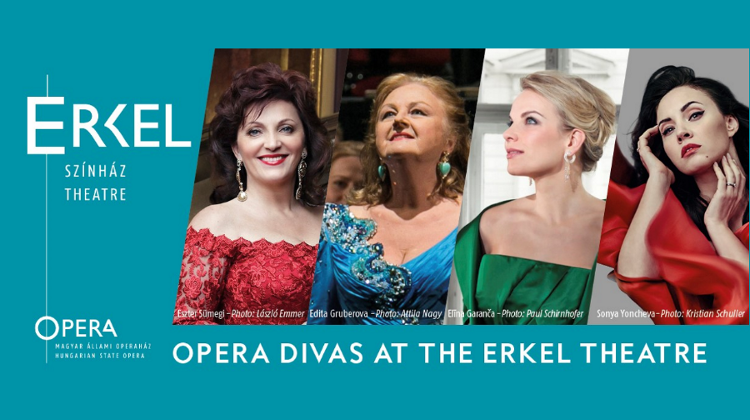 While the restoration of the Opera House in Budapest is still ongoing, international opera stars flock to the Erkel Theatre to enchant audiences in February and March.

An encounter between an iconic opera and an iconic soprano: after singing the title role of Lucia di Lammermoor with the Hungarian State Opera during the 2017 tour of Japan, Edita Gruberova will now return to Budapest to sing it at the Erkel Theatre, her first time performing the staged version here.

Máté Szabó’s production provides an opportunity for the most outstanding coloratura soprano of the past 50 years to show off her incredible voce – now indeed 50 years after her debut in Bratislava in 1968.

Now at the absolute zenith of her career, this Latvian born mezzo-soprano Elīna Garanča is one of the greatest singers of our times. Her powerful and beautiful voice combined with her stunning appearance predestine her to the opera stage.

For her Erkel Theatre debut shehas selected a programme featuring  pieces by Verdi, Cilea, Grieg as well as Gastaldon, Gardel, and Sorozábal.

On the last Saturday of the ball season, the Opera will be once again holding its most elegant event at the Erkel Theatre. As the current season is dedicated to one of the most popular Italian composers and his contemporaries, this year’s gala will be permeated with Puccini and Italy.

A cheerful programme is, of course, suitable for some adventures among styles and genres. After many international guest stars over the years, it is now the turn of one of the brightest young soprano stars in the world: the Bulgarian Sonya Yoncheva, who performs for the first time in Budapest.