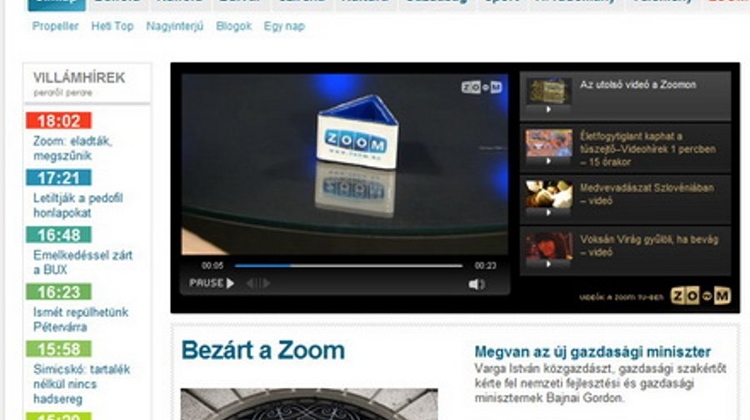 Strat-Pol, owner of Zoom.hu, announced that it was shutting down the news website on December 21.

Operations continued for another week, but the website and its archives are no longer accessible.

A staff member told Index that there is no political factor involved; the website simply ran out of money.

This had been known for months but the management had been in negotiations with foreign investors.

It did not help that founder Péter Tarjányi, was recently issued a two-year suspended prison term by a court.

The source said the owners paid staff from their own savings in the past few months.

Tarjányi, described by Index as a security policy expert, writer and businessman, founded Zoom in the summer of 2017 as an independent, pro-European website.