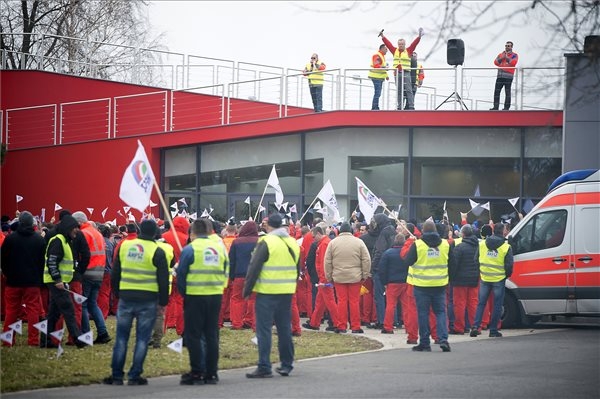 A week-long strike at German carmaker Audi’s plant in Győr, in northwest Hungary, created a backup of more than 10,000 cars on assembly lines at its headquarters in Ingolstadt, business daily Világgazdaság said.

More than 10,000 cars were not produced at Audi’s plant in Ingolstadt because of the strike in Győr, Audi communications director Joachim Cordshagen told the paper.

He declined to estimate the resulting losses, but said production was back on schedule at Audi’s plants in Ingolstadt and Neckarsulm by Monday.

The week-long strike at Audi Hungaria finished last Wednesday, after management and union representatives reached an agreement over pay rises.

The strike forced interruptions in production at a number of Audi plants in Germany as engine deliveries from Hungary came to a halt.