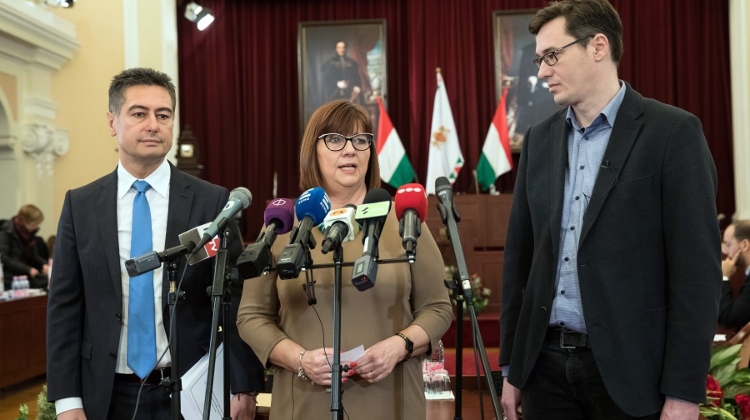 The municipal assembly of Budapest passed the city’s budget for 2019. According to the budget decree, the capital will have revenues totalling 266 billion forints (EUR 837.8m), while total expenditure is expected to reach 380 billion forints.

The city is also planning to repay 6 billion forints of its foreign debt. The assembly passed the decree with 20 votes for, 9 against and 1 abstention.

Gergely Karácsony, the left-wing opposition’s contender to run Budapest, has said that this year’s city budget is a testament to the capital’s inability to finance its own operations.

The Párbeszéd party’s co-leader told a press conference in front of the Metropolitan Assembly that the budget was a “humiliation” for the city as its administration had only managed to fill the 67 billion forint hole (EUR 211m) by resorting to borrowing.

Residents do not want the ongoing investments in Budapest that are deepening the hole, he added. A lot of money has been made available for the “Prime Minister’s hobbies and misguided projects”, yet the capital has been unable to launch developments using its own resources, he said.

Several vital public services such as public transport, cleaning and car parks may deteriorate due to a lack of resources, he said, adding that Budapest residents were getting very little return on their tax contributions, he said.

The city leadership is confronted by a 114 billion forint deficit this year in addition to a 67 billion loan to be taken out after last year’s deficit of 131 billion forints, Horváth said.

József Gál, a Budapest deputy of LMP, said Mayor István Tarlós had “failed” when it came to managing the city. “Budapest amasses a debt of 25 billion forints each year, the city’s deficit this year will account for 67% of its revenues,” he said.

Gál also criticised the continuous increase in the cost of major investments, such as the upgrade of metro line 3, which would more than double in costs.

Marcell Tokody, a Budapest deputy for conservative Jobbik, said the budget showed that the city “is using up” its resources.

The city will cover more than half of its 114 billion forint deficit this year by taking out a 67 billion forint loan, he noted, while revenues from the sale of investments in previous years will cover the rest, he said.

A councillor of the opposition Democratic Coalition (DK) said the assembly’s 2019 budget showed that “Prime Minister Viktor Orbán is still keeping Budapest on a respiratory machine, opening or closing off the oxygen tap as he pleases.”

The budget shows that the city does not have sufficient reserves to implement its own development projects and relies on state funding for investments, Erzsébet Gy Németh said.

The fact that the city will be taking out a 67 billion forint loan contradicts Tarlós’s earlier assertion that the city had cleared all its debt, Németh said.