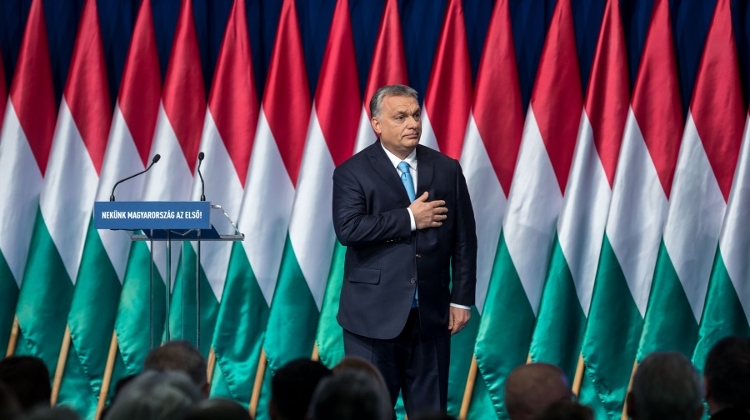 Pro-government columnists praise the Prime Minister’s cash and loan package incentives to generate what he hopes will be a ‘baby boom’ as an unprecedented effort to overcome demographic decline. Business sites suggest that many details of the plan still have to be worked out.

In his annual State of the Nation address on Sunday, Prime Minister Viktor Orbán announced new tax and loan benefits for families, to spearhead his government’s efforts to increase the birth rate. This is Hungary’s answer to the demographic crisis, instead of mass immigration, he said.

Magyar Nemzet’s Zsolt Bayer describes the PM’s plan as a breakthrough. There has never been such a sweeping project to encourage higher birth rates in Hungary, he writes.

He agrees with the Prime Minister’s warning that those countries which try to use immigration to fill the demographic gap are moving into a blind alley from which there is no return. Hungary hasn’t yet accepted the idea that it is incapable of reproducing itself, he continues.

The hope that our lives can continue in those of our children deserves a special effort – and that is what the Prime Minister’s plan is about, he asserts.

In Magyar Hírlap, Sándor Faggyas recalls that two years ago the Prime Minister said he would like the fertility rate to reach 2,1 by 2030, from 1.5 today (the rate is defined as the average number of babies born to women during their lifetime).

Hvg.hu and Portfolio have both tried to calculate what the cost of the newly announced scheme will be, but both believe many details are still missing. HVG writes that the additional expenditure will amount to several hundred billion Forints yearly.

Portfolio calculates that families with several children may draw a 25 million Forint benefit from the measures announced by the Prime Minister.

(The Secretary of State for Families, Katalin Novak, told reporters on Monday that while it was impossible to know how many young couples would take advantage of the 7-point plan, her rough estimate was that it would cost 150 billion forints a year).