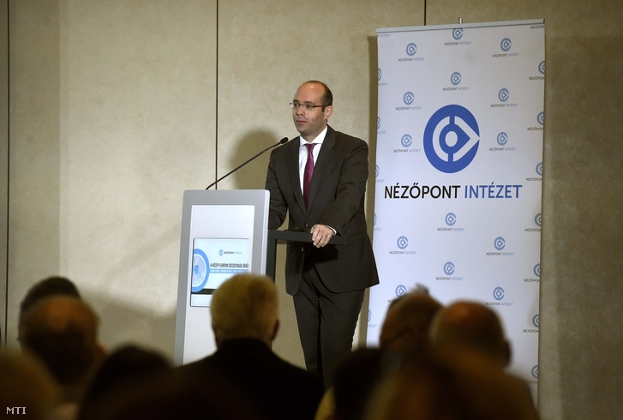 The ruling Fidesz-Christian Democrat parties have retained a massive lead of 54% among decided voters and 39% across the whole sample despite anti-government protests in December, pollster Nézőpont reported citing its latest poll carried out on a representative sample of 5,000 voting-age adults in January.

The Momentum Movement with 4%, the satirical Two-Tailed Dog and radical Mi Hazánk with 3% each would not clear the parliamentary threshold.

According to the poll, the ruling parties would have 14 mandates out of a total 21 if the European parliamentary elections were held this weekend.

Jobbik could send 3 MEPs to the European Parliament, while Socialists-Párbeszéd would have 2 deputies, and the Democratic Coalition and LMP one each.

Mráz said that Jobbik was “the loser” of the beginning of the year, having lost 250,000 voters, who joined either Fidesz or the Mi Hazánk movement.

He said that those that quit Jobbik mostly belong to the 18- 29 age group, in which Jobbik has enjoyed its largest support.