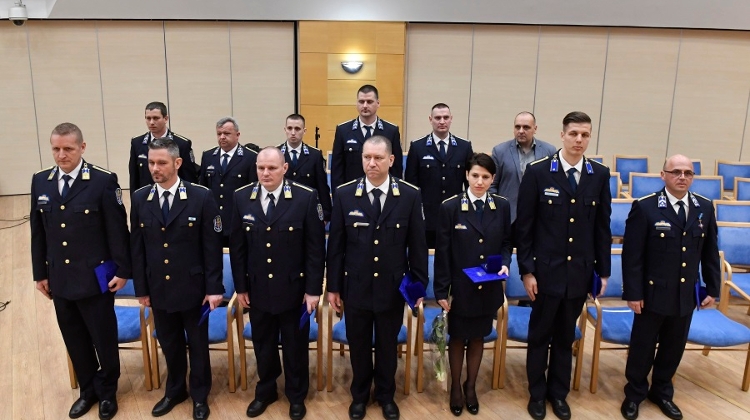 Twelve police officers were honoured on Monday after taking part in the capture of an armed criminal on a Budapest street last Friday.

The suspect, previously convicted of violent crimes, stole the handgun from a security guard in a downtown courtroom as the latter tried to handcuff him.

He then hijacked a car at gunpoint, forcing the driver to help him flee.

In their pursuit, police for a time checked all vehicles driving onto the Árpád Bridge.

As many as 50 police cars were reportedly involved in the chase.

The fugitive attempted to change vehicles in the 15th District, but the driver of the second car got out before he could be forced to drive away.

He fled on foot, firing his gun randomly, before he was felled by police bullets.

He was surrounded, captured and then taken to hospital with life-threatening injuries.

Nobody else was injured in the shoot-out. Police described the operation as exemplary.