EPP To Debate Expulsion Of Hungary's Fidesz On 20 March 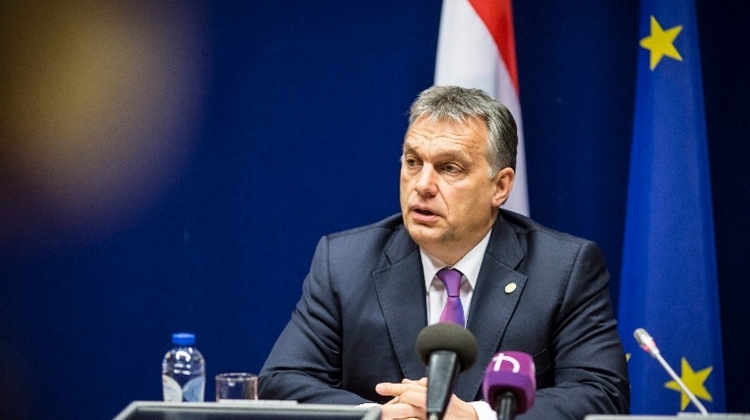 The European Peopleʼs Party (EPP), the group of conservative and Christian Democrat parties in the European Parliament which includes Hungaryʼs governing Fidesz, will start talks on the latterʼs possible suspension or expulsion, after 12 member parties from nine countries requested action, according to multiple reports.

Current affairs website hvg.hu reported that the main reason behind the outrage among Fideszʼs fellow EPP members was the nature of its newest taxpayer-funded political ad campaign, displaying Hungarian-born investor George Soros - long the principal target of Hungarian government propaganda - side by side with European Commission (EC) President Jean-Claude Juncker (whose party is also an EPP member), implying the two are in cahoots.

Under the banner headline “You too have the right to know what Brussels is planning!”, the ads - as well as a letter posted to all citizens by Prime Minister Viktor Orbán - allege that Brussels is trying to force Hungary to accept migrants, among other claims which the European Commission refuted in detail last week.

“The European Commission agrees, citizens do deserve to know the truth about what the EU is doing,” wrote the EC. “But we believe they deserve fact not fiction.

The Hungarian government campaign distorts the truth and seeks to paint a dark picture of a secret plot to drive more migration to Europe. The truth is that there is no conspiracy.”

Hvg.hu notes that while the 12 EPP parties, derided by Orbán as “useful idiots” for the left, have managed to pressure the grouping into starting the process, whether Fidesz will actually face any consequences will depend largely on the stance of Germanyʼs CDU.

EPP President Joseph Daul had no other choice than to start the procedure, as EPP rules require such measures if the number of parties calling for suspension or expulsion reaches seven, from five different countries.

Orbán crossed a “red line” when his government targeted Juncker in the “impermissible” campaign, Daul was cited as saying by politico.eu, the European edition of U.S. news organization Politico reporting on the EU.

“There has been a fundamental shift in dealing with Orbán. Enough is enough. That is our message,” politico.eu reported EPP parliamentary group leader Manfred Weber as saying.

The website observed that the loss of Orbán’s Fidesz would likely cost the EPP more than a dozen seats in the next Parliament, complicating the party’s effort to install Weber as the next Commission president.

Evicting Fidesz could also prompt Orbán to seek an alliance with other populists in Europe, possibly even giving them enough votes for a blocking minority in Parliament, it added.

According to Euractiv.com, a media platform focusing on European policymaking, the government of Hungary will end the controversial billboard campaign on March 15, but only in order to replace Juncker with EC First Vice-President Frans Timmermans.

The latter is the lead candidate of the rival Party of European Socialists for president of the Commission at this yearʼs European elections, and a strong critic of Fidesz in the past.