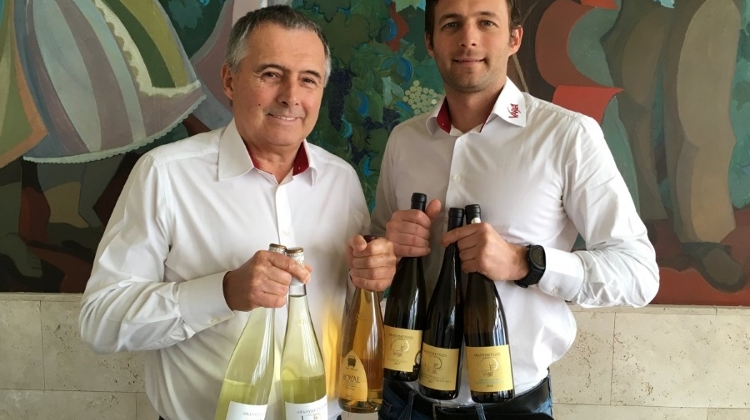 Hungaryʼs Varga Winery has won a total of nine gold medals at the Vinalies Internationales Competition in Paris and the Wine Trophy competition in Berlin, according to a press release.

"When my colleagues reported the results, I teased them for only winning three and six gold medals respectively, despite entering with seven wines," said the wineryʼs founder and owner Péter Varga.

"Joking aside, it can be said this is the kind of result we would not even have dreamed of; if the year ended now, it would still mean outperforming every expectation. Yet the majority of contests are still ahead, and so I look forward to further results with great hope."

"In the last few years, we commented quite a few times that we expect serious international success from our Feldebrő vineyard in the Eger wine region," noted Máté Péter Varga, co-owner and managing director.

"I admit, though, that we did not expect such important victories so early. Furthermore, all three of our golds in the Paris wine competition came from Eger. We are also very proud that our wines from the vineyards at Badacsonyörs [at Lake Balaton] and Eger were recognized in Berlin."