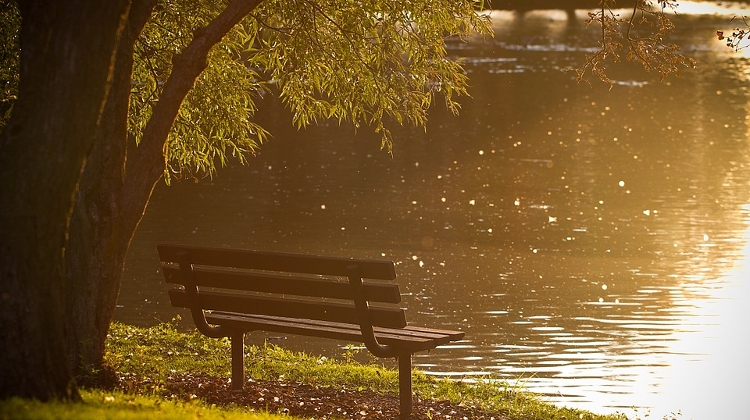 The village where Viktor Orbán grew up, Felcsút, already has a huge soccer stadium, a football academy and a hobby train that many times runs empty and was funded by the European Union.

The latest addition to the royal village is an artificial lake with an island in the middle. The money comes from Brussels again.

Atlatszo first reported that the village of Felcsút is planning a lake for rowing boats and pleasure near the EU-funded small train in April 2015.

It seems like Felcsút is really getting its lake: RTL Klub, an independent TV station reported from the town hall meeting in Felcsút, where the mayor of the village, László Mészáros announced the construction of a lake and an artificial island. He stated that the residents of Felcsút are happy about the development of tourism infrastructure.

The island is ready, but the water is still missing – multiple Hungarian news outlets reported in a cheerful manner this Monday seeing the pictures of the lake under construction.

Mayor Mészáros at the town hall meeting said that touristic and environmental reasons are behind the construction of an artificial lake and an island in Felcsút.

The building of the reservoir and the park are founded from the EU grants, he said.

He said that the lake will collect rainwater and prevent floods in the area. In the summer visitors will be able to row on it and in the winter it will be transformed into an ice rink.

The island in the middle of the reservoir will be equipped with facilities serving tourists and vacationers. The island will be accessible through a bridge. Near the bridge a parking lot, a restaurant and a sports field will be soon built.

The builder of the lake was chosen by a public procurement procedure and the winner is Békés Drén Kft., a company specializing in water-related construction work. It is owned by Sándor Barkász.

He has won several state-funded public tenders and worked several times with companies owned by Orban’s friend, Lőrinc Mészáros. Atlatszo reported in 2015 how billions of forints are flowing to Barkász’s company.

The value of the current contract is 168,3 million forints; out of this the lake and the island cost 148,9 million Forints (approximately 476 000 EUR).

The mayor hopes that the lake and the island will attract tourists, who might also use the monorail built in the village from a 2 million EUR grant from the European Union.

The railway line is less than 6 kilometers long and produced a loss of 8 million forint loss last year. One of the stops of the small train is also near the new lake.

Hungarian prime minister Viktor Orbán and Hungary’s richest man, Lőrinc Mészáros were both raised in Felcsút. The village has approximately 1800 residents and has a soccer stadium that can seat up to 3800 football fans.