All Conditions In Place For Boosting Hungary-China Econ Ties 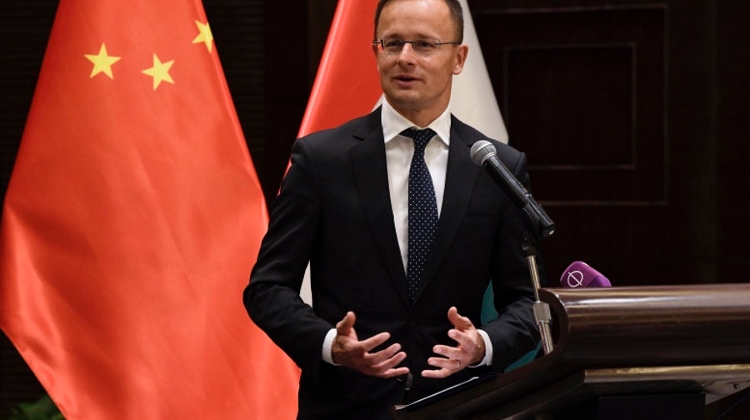 All political and cultural conditions are in place for further developing economic ties between Hungary and China, the foreign minister said in Beijing, prior to signing bilateral business contracts.

Szijjártó noted that Hungary had last year established a network of trade offices with headquarters in Shanghai, adding that Hungary’s Eximbank had opened credit lines to promote Hungarian businesses in the Chinese market.

China has become Hungary’s top trading partner outside the European Union with bilateral trade totalling a record 8.7 billion dollars in 2018, the minister said. He identified cooperation possibilities for Hungarian firms in IT and water management, as well as in the pharmaceutical, transport and food production sectors.

After his address, Szijjártó signed an agreement on the international airports of Budapest and Xi’an to allow the expansion of the number of destinations for flights.

The minister told MTI that he had made it clear to the Huawei officials that no company in Hungary would suffer a disadvantage because of its nationality as long as it respects Hungary’s rules of law.

It is a basic interest for small countries with an open economy, such as Hungary, to be ahead of the competition in 5G infrastructure, he said. From this point of view, the strategic cooperation agreement Hungary signed with Huawei years ago was of great importance.