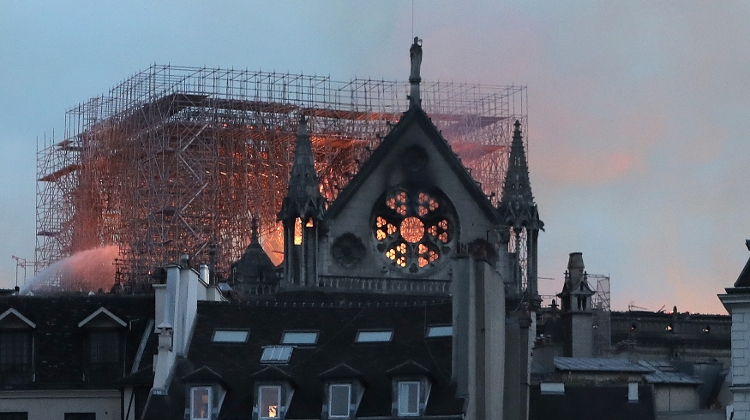 Budapest is ready to contribute to the reconstruction of the Notre Dame cathedral (Photo courtesy of Northfoto) in Paris which was heavily damaged by fire on Monday, Mayor István Tarlós said in a letter to Anne Hidalgo, his Parisian counterpart.

“Notre Dame is an important symbol to us all and an important piece of universal Christian faith and culture,” Tarlós said in his letter.

“With Easter approaching ... unity and cohesion carry an even more important message,” the mayor added.

Asked by MTI how much the Budapest city council would contribute, Tarlós declined to specify the amount.

He said the capital’s contribution was not a “political move” but more of a “spiritual” question.

Meanwhile, the municipality of Szeged has offered 10,000 euros to aid the reconstruction. The local authority of the city in southern Hungary said in a statement that Paris had come to Szeged’s aid after one of its largest floods 140 years ago, and now Szeged is repaying the French capital in the spirit of European solidarity.

Szeged is also launching a donation drive to raise funds for reconstructing the damaged parts of the cathedral, it added.

The municipality of Székesfehérvár has also offered 10,000 euros towards the cost of reconstructing the damaged parts of the building, the local mayor, András Cser-Palkovics, said.

He added that he urged all town mayors to make similar donations if they had the means to do so.

Note:  If you wish to contribute to the reconstruction, you can do it on GoFundMe website.
All funds raised will be used for any reconstruction expenses of Notre Dame.