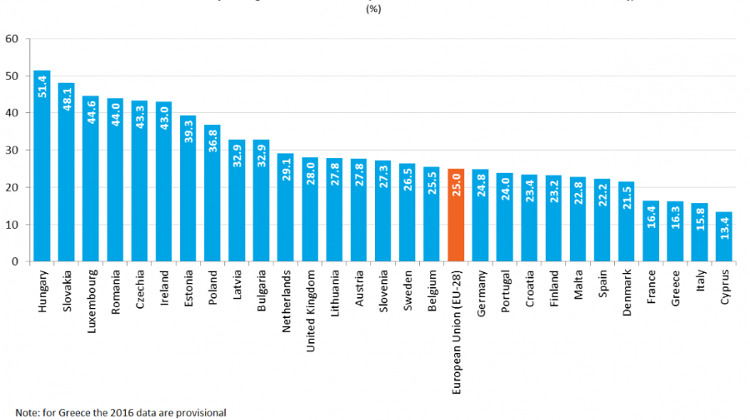 In 2016, foreign-controlled companies accounted for 51.4% of value added in the non-financial business economy in Hungary, the highest value in the entire European Union, according to Eurostat, the EUʼs official statistical office.

Rates in the region were generally higher than the EU average: foreign companies in Poland accounted for 36.8% of value added, while the share was 43.3% in the Czech Republic, and 44% in Romania.

In 2016, some 1.2% of enterprises in the EU were foreign-controlled, accounting for 15.3% of employment and 25% of the value added in the non-financial business economy. From 2010 until 2016, the share of value added by foreign-controlled firms in the entire EU rose by 2.3 percentage points.