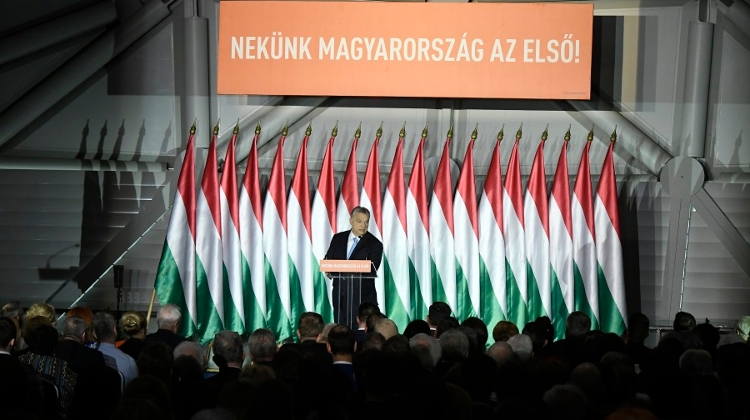 Pro-government columnists agree with Viktor Orbán that the European Parliamentary election will decide whether or not ‘Europe will remain Christian’, and whether nation states can preserve their sovereignty. A left-wing commentator calls for more integration so that the EU can compete with the US and China.

In his Friday speech opening the European Parliamentary election campaign, the Prime Minister said that primary aim of Fidesz is to defend Christian and national Europe from immigration and multiculturalism.

He added that he wants to maintain national sovereignty within the EU rather than create a ‘liberal empire’ – a United States of Europe. PM Orbán accused Brussels elites of promoting migration, alongside ‘the Soros network’.

He labelled European Commission President Juncker as a ‘Socialist’, adding that Fidesz will decide for itself whether to remain a member of the European People’s Party after the May election.

The pro-government commentator agrees with the Prime Minister’s analysis that the European Parliamentary election is a competition pitting pro-migration globalist parties, against national-Christian ones.

The pro-government columnist thinks that European stability is threatened by ‘foreign, African and Asian civilizations and an anti-Christian Islam that want to colonize Europe’.

Faggyas contends that PM Orbán is one of the spiritual leaders of pro-sovereignty groups in Europe that want to defend European Christian and national civilization.

Commenting on the Prime Minister’s speech and on a meeting between László Kövér, the speaker of the National Assembly and Italian Deputy Prime Minister Matteo Salvini, Népszava’s Róbert Friss suspects that Fidesz will decide whether to leave the EPP and join the ‘European far-right’ parties after the May election.

The left-wing pundit disagrees with PM Orbán on the stakes of the European Parliamentary election. Friss believes that in order to compete with the US and China, the European Union needs to integrate further.

Such political integration to create a stronger Europe does not undermine national cultural sovereignty, Friss contends, adding that those countries that reject participation in a more integrated EU will be left on their own.