Michelangelo: The Triumph Of The Body @ Fine Arts Museum Budapest 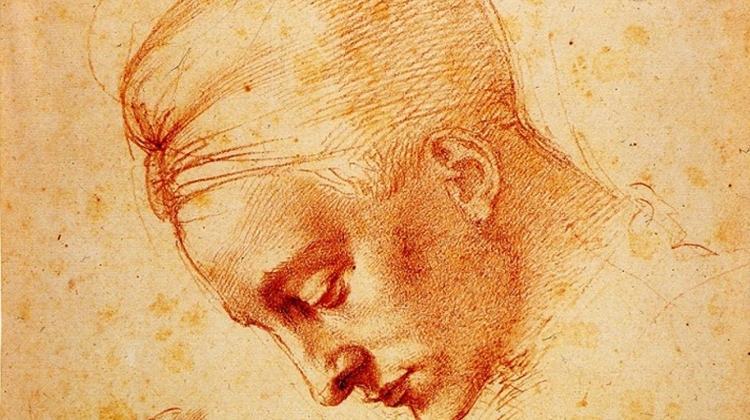 Seen until 30 June. Michelangelo was ‘an exemplar sent by God to the men of our arts’.

Thus wrote his contemporary and friend, Giorgio Vasari, who promulgated the idea of Michelangelo as a ‘divine’ artist, an epithet that has endured ever since.

The legend of Michelangelo as heroic genius, constantly blazing new trails and achieving superhuman feats, was born through Vasari’s quill.

While the reality about the artist behind the myth grows ever clearer, Vasari’s words still resound with the ring of truth, for through his exceptionally long career, Michelangelo exerted an influence on generations of artists.

Sixteenth-century Italian artists were interested above all in depicting the human body, and Michelangelo’s nudes, captured in a variety of poses, were the models to follow for centuries.

His legendary creations that form the basis of his fame, such as the Pietà in St Peter’s Basilica, the marble David, or the Last Judgment and the ceiling paintings in the Sistine Chapel, can only be studied in situ in Italy, so it is through Michelangelo’s preparatory drawings for these masterpieces that the wider art-loving public can build a picture of his unparalleled genius.

29 drawings by Michelangelo and 50 additional masterworks by his most eminent contemporaries are now being displayed together.

Besides demon­strating the master’s virtuosity as a draughtsman, the carefully selected drawings also reveal the diverse ways in which Michelangelo’s innovations in the field of depicting the nude body were incorporated by his fellow artists into their own works.

Instead of showing the artworks in strict chronological order, they are arranged in a more liberal way, often following associations inspired by visual parallels. The result is an exhibition that poses questions without attempting to entirely answer them, while letting visitors enjoy their own discoveries.