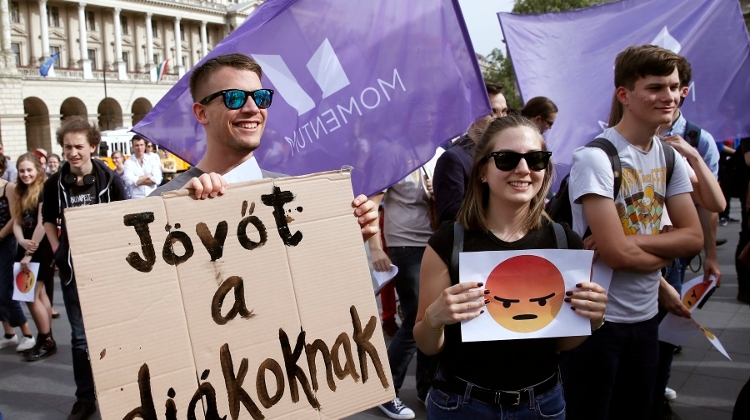 Students staged a protest in Budapest on Friday afternoon against government plans under which secondary school students would be required to obtain a certificate of proficiency in a foreign language to go on to a university or college from 2020 on.

At the demonstration, organiser Viktor Gyetvai called on Prime Minister Viktor Orbán to take an intermediate level language test before September 1, and also demanded that the exam should be public.

Should the prime minister fail to take the test, the students will initiate a referendum aimed at thwarting the government plans, he said, and argued that entrants should not be required to be proficient in foreign languages “as long as the Hungarian education system is insufficient in preparing each student for a language test”.

The referendum should also ensure that “nobody should become prime minister in Hungary unless they meet universities’ entry criteria”, he added.

Kriszta Ercse, spokesperson for the Civic Public Education Platform, suggested that foreign language skills should only be included among university entry criteria “once 85% of Hungary’s MPs have obtained an intermediate level language certificate”.